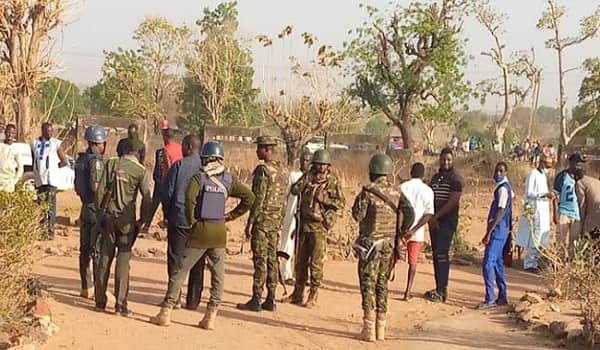 The kidnapped victims were rescued by police operatives Thursday at different locations in the Chikun local government area of the state, said Samuel Aruwan, a commissioner for internal security and home affairs in the state, in a statement reaching Xinhua Saturday.
Three women among the rescued victims had spent four months in “the kidnappers’ den” after being abducted on November 18, 2020, said Aruwan.

“Following a tip-off on Thursday, revealing that the hostages had been sighted, police personnel mobilized to the area and engaged the bandits, forcing them to abandon their captives,” he said.
In another operation, the commissioner said the police rescued 12 victims who had been abducted following a recent attack by gunmen along the Kaduna-Birnin Gwari highway.

According to him, police operatives on a routine patrol found the 12 victims in a Buruku forest and eventually rescued them while the gunmen escaped. Aruwan said the troops were still trailing other fleeing gunmen to areas said to be their enclave.
The northern region of Nigeria has witnessed a series of attacks by armed groups in recent months.