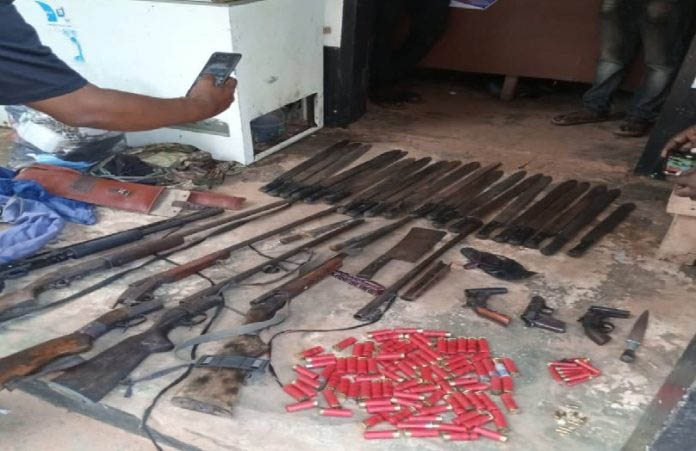 17 suspects have been arrested with unregistered weapons at Donkorkrom in the Kwahu Afram Plains North District of the Eastern Region.

The arrest was made by a joint police team from the Anti-armed Robbery Task Force assisted by personnel from the national police headquarters and the Donkorkrom division.

The Donkorkrom District Police Command is currently holding the suspects for possession of firearms without lawful authority.

Investigations have commenced into the matter for suspects to be arraigned before court.

The Donkorkrom police have recently recorded series of robberies on the Donkorkrom-Akyeamfrom highway.