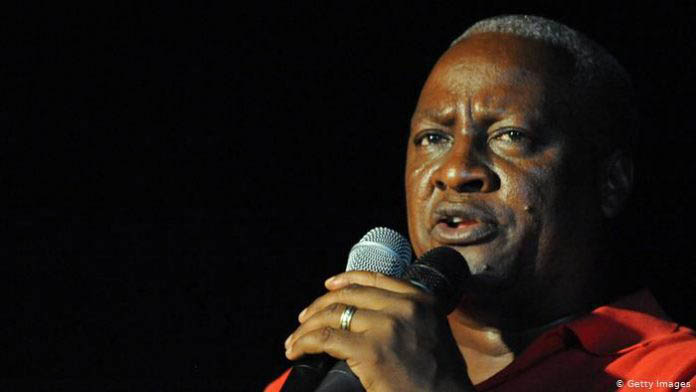 The former president, John Dramani Mahama, has bemoaned the capricious manner in which the Akuff Addo government deliberately called for the military involvement in the 2020 general elections.

According to the ex president, it was needless and unwarranted on the part of the then candidate, Nana Addo to permit military personnel who were on the rampant causing insurrections here and there in the strongholds of the National Democratic Congress, the NDC. The former President has accused the current leader, Nana Addo for wilfully employing such a cruel means to intimidate those he perceived not to be in his shoes.

The former President intimated that, for you to win a free-fair and a transparent election, you must allow Ghanaians exercise their franchise lawfully but you, Nana Addo; deliberately coerced voters in the voting centres where you knew very well that NDC was in the record books of people therefore, you willingly resorted to triggering turmoil and commotion to mar the general elections because you thought you were at the helm of affairs.

The president, Akuffo Addo, is the commander in-chief of the Ghana Armed Forces hence, the possible military involvement in the elections after any order may might upon a careful assessment of the situational reports on the grounds to forestall mayhem that perhaps might be meted out to the electorates by some hoodlums and trouble mongering syndicates across the length and breadth of the country.

Mr. Mahama says, he is still not enthused about the turnout of events before, during and after the 2020 elections simply because, what should not be done by any sitting president, was done by Nana Addo on the fraudulent account on which he was declared the winner of the election.

He former president Mahama strongly believes, he was narrowly cheated and swindled thence, he felt to head to the Supreme Court to challenge the election results.

And it was in the consonant of that per view, he did not concede defeat after Nana Addo was declared winner because, he Mahama held the view that Nana Addo did not win on ground of genuineness.