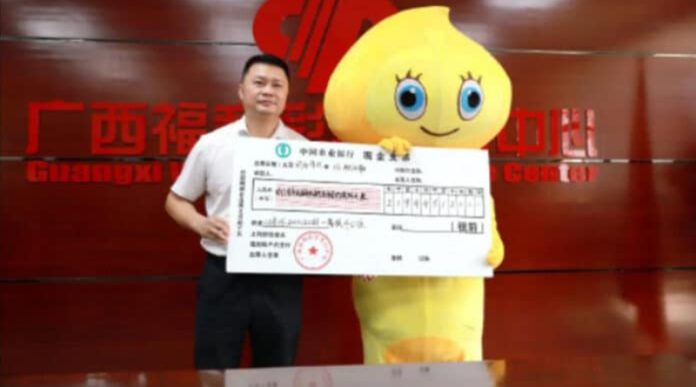 A lottery winner in China made an unusual move by claiming his $30.6 million lottery jackpot while dressed as a mascot to keep his wife and children from finding out.

For obvious reasons, the man identified only by the pseudonym Li told the Guangxi Welfare Lottery that he had been playing the lottery for about ten years and usually uses the numbers 02-15-19-26-27-29-02.

The man recently spent $11 on 40 tickets with his lucky numbers for the same drawing, and each ticket won $765,000, totaling approximately $30.6 million.

Li showed up to collect his prize donning a bright yellow cartoon mascot costume. He said he wanted to keep his jackpot a secret from his family.

“I have not told my wife or children. I am concerned that they might feel superior to other people and will not work or study hard in future,” Li told lottery officials.

Li donated some of his winnings to a lottery fund that supports vulnerable communities in China. He said he does not yet have plans for the rest of the money.