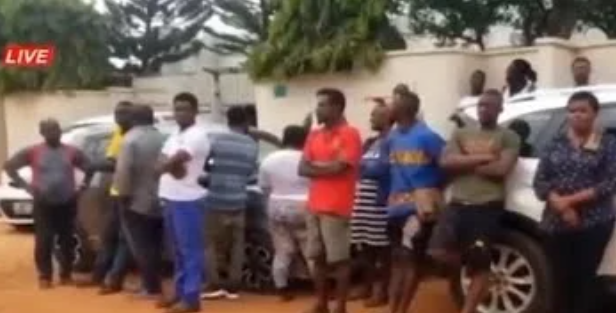 A 34-year-old gym instructor popularly known as ‘Little’ who was shot dead in his room at Tantra Hill in Accra Thursday dawn might be linked to his alleged dating of someone’s wife over whom he had been warned several times.

According to a report by UTV, ‘Little’ had been warned over the constant visits by the married woman who sometimes sleeps over his place but he continued to entertain her.

The yet-t-be identified attackers who invaded the 9-room compound House on a motorbike did not take any valuable item from the room, neither did they rob anyone else aside from the killing of the deceased.

The incident was initially believed to be one of the incidents of the increasing robbery attacks across the country.

Meanwhile, the Accra police have commenced investigations into the incident.

A statement released by the Accra police command said: “The deceased, Stephen Akowuah, believed to be a physical instructor, was shot around 0100 in his apartment.

“Police received a distress call and responded accordingly where the caller directed them to the deceased’s apartment. Upon arrival, the police were informed that three heavily built men stormed the residence and shot the deceased without any provocation, and stormed other rooms to rob other tenants of their mobile phones and various sums of money.

“A tenant was also hit on the head, injuring him in the process. The injured has been sent to the hospital for medical assistance while the deceased is deposited at the Police Hospital Morgue for preservation and autopsy.”