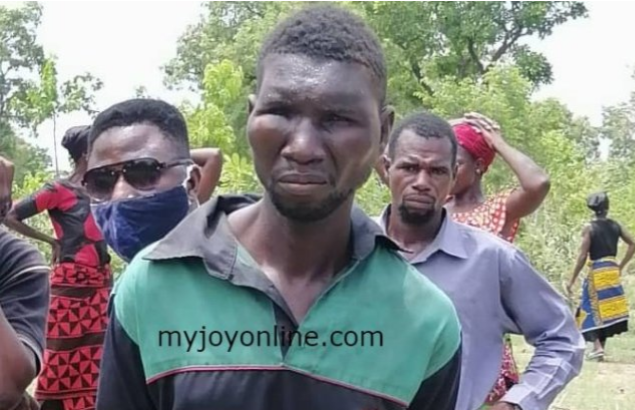 The Sawla District Police Command on Thursday, May 27, 2021, arrested a 35-year old man for allegedly killing his cousin at Uro-Mekaa near Kalba in the Savannah Region.

According to the police, the suspect, Kpeyiri Neiba, killed his 50-year-old cousin, Janet Ansaaku for refusing to marry him.

After gathering intelligence on the incident, the police proceeded to the crime scene and found the deceased with a deep cut on the head in a pool of blood.

The body has since been released to the bereaved family for burial after an autopsy was carried out.

In another incident, a man believed to be in his 30s on Tuesday, May 25, 2021, shot himself dead after he shot his girlfriend, Melody Owusu, whom he allegedly caught with another man.

The incident happened at Alavanyo Wududi in the Hohoe Municipality of the Volta Region.

Residents say, Sampson Ataafi suspected the lady of cheating, and trailed her new boyfriend at about 1:00 a.m.

Witnesses say, Sampson Ataafi, upon realizing that his girlfriend was in the new boyfriend’s room, opened fire on the lady through a trap door.

After firing the gun, with the aim of killing the lady, Sampson shot himself and died in the process, thinking the lady had been killed.

In recent times, there has been a rise in the number of assault and murder cases involving men and women in supposed romantic relationships gone bad.