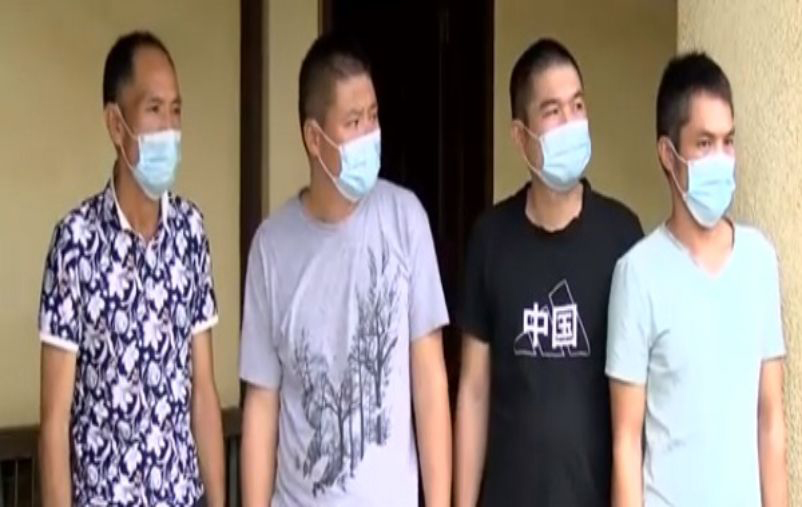 The Kumasi High Court presided over by His Lordship Mr Justice E. Senyo Amedahe, has ordered the immediate deportation of four Chinese nationals who were arrested recently for mining for gold on a disputed 40-acre land belonging to Seidu Fanzia School at Adaase within the Obuasi municipality.

Together with a Ghanaian accomplice, Asamoah Kati, they were arrested for mining on the land earmarked for educational purposes with the aid of gunmen providing security for them.

Earlier, the four had failed to meet a bail condition of GH₵200,000.00 each with two sureties and a request by their lawyer, Benjamin Andoh, for variation was thrown out.

Justice Amedahe said in a June 3, 2021 judgement said that their request for variation could not be granted because the “whole process of trying to renew their permits was tainted with fraudulent acts.”

Indeed, after failing to meet the bail conditions, they were initially thrown into prison custody on April 19, 2021, and it was there that they fraudulently attempted to renew their documents.

The judge said it was impossible for their passports and other documents to be renewed while in prison custody because they needed to have been physically present at the immigration office.

“It is a fact that all regional offices of the Ghana Immigration Service in this country have been suspended from renewing resident permits, so the Kumasi office could not be seen to be retaining passports of these applicants to renew their resident permits as indicated in the slips they issued to the applicants,” the judge said in his ruling.

“For the above reason the court will not be in the position, legally to accept their passports as a condition of granting them bail and asking them to be attending court as illegal immigrants,” the judge added.

Justice Amedahe appealed to the Minister of Interior to reconsider the use of the discretion of the Immigration officers in granting resident permits to foreigners who arrive in the country on 60 days, B1 visas.

He said it has become the order of the day to grant one-year resident permits to foreign visitors when they are not even qualified under the Immigration Act of Ghana to be granted.

“It is a discretion which is being abused by government officials with the assistance of non-government workers largely who unfortunately are Ghanaians to the benefit of our foreign visitors, leading to the destruction of our environment here in Ghana,” he said.

“The fight against the galamsey manic must be extended to the Ghana Immigration Service where the residential status of foreigners who come into this country with 60 days visitors visas (B1) issued by our embassies outside are quick to upgrade into resident permits by these officials,” Justice Amedahe added.

The plaintiffs, Borometech Construction Company Limited, Seidu Fanzia School and Samuel Aboagye are seeking compensation and reliefs including the restoration of a mini development of land being foundation estimated at GH₵500,000.00.