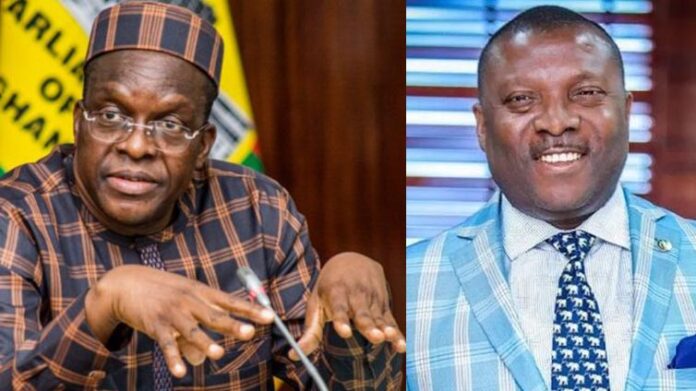 The speaker of Ghana’s parliament, has been descended without any form of respect by one of the heavy weights of the New Patriotic Party members.

The general secretary hopeful of the NPP, Mr. Frederick Opare Ansah, has critised Rt Hon. Alban Kingsford Bagbin, for calling on some parliamentarians whose conduct or action may go contrary to the laid down procedures governing proceedings in the house of parliament.

Mr. Opare Ansah, has challenged the parliament by telling him in the face plainly that, he the speaker, does not have any authority to refer members of parliament to the privileges committee of the house if or when their conduct may not augur well to his thoughts.

It was reported last week that, some members of parliament had taken the lawmaking house for granted thereby, using their official hours to attending to their own private business without seeking permission from the leadership of the house.

The speaker has announced that, it is high time he reprimanded those found culpable without prejudice but the NPP general secretary would take none of his remarks by taken the speaker to the cleaners.