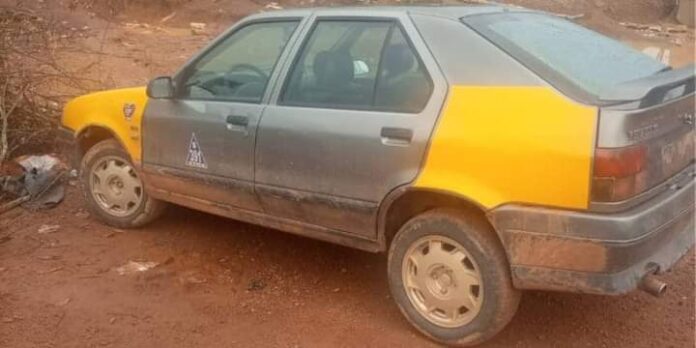 News from Adum Banso in the Mpohor District indicates that 6 young guys believed to be residents of Effiakuma have been arrested for attempting to sell an alleged stolen taxi.

The Assemblymember for the area, Mr. Yaw Bernard said the young guys brought the car through Manso area to sell to a man there but he could not believe the story these young men were telling him.

Therefore he had to contact the Assemblymember and a few friends to restrain the boys for the police to pick them up for further interrogation as they believed the vehicle would be a stolen one.

Mr. Bernard said. “The boys are in the ages of 17 to 22 years and brought a Renault taxi car to be sold, the car had no keys and no documents attached.”

“The six boys indicated they are from Effiakuma, a suburb of Sekondi-Takoradi and could not give any sensible details as to how they got hold of the car”.

According to them they picked the car from their workshop and they’re coming to sell the car here for around GH¢5,000.00. But the prospective buyer and his friends cannot tell whether they work at the garage or not, and how they could come by car.