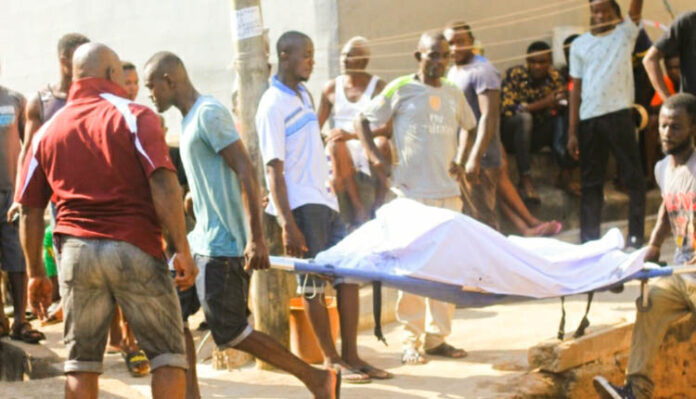 A 66-year-old woman identified as Cecilia Koomson, has died when a 2 storey building on Asafo Street in Sekondi, a suburb of the Sekondi-Takoradi Metropolis went up in flames on Thursday August 12.

According to reports, three rooms out of the twenty four rooms of the storey building had each item in it burnt to ashes and these items were 3 flat screen televisions, mattresses, electrical gadgets and lots of additional items.

Madam Cecilia was occupying one of the 3 rooms that completely got burnt. It was however disclosed by her grandchild that, her door was locked in the process of the fire.

The Fire Service managed to quench the fire and broke into the room and realised she was dead, deformed beyond recognition.