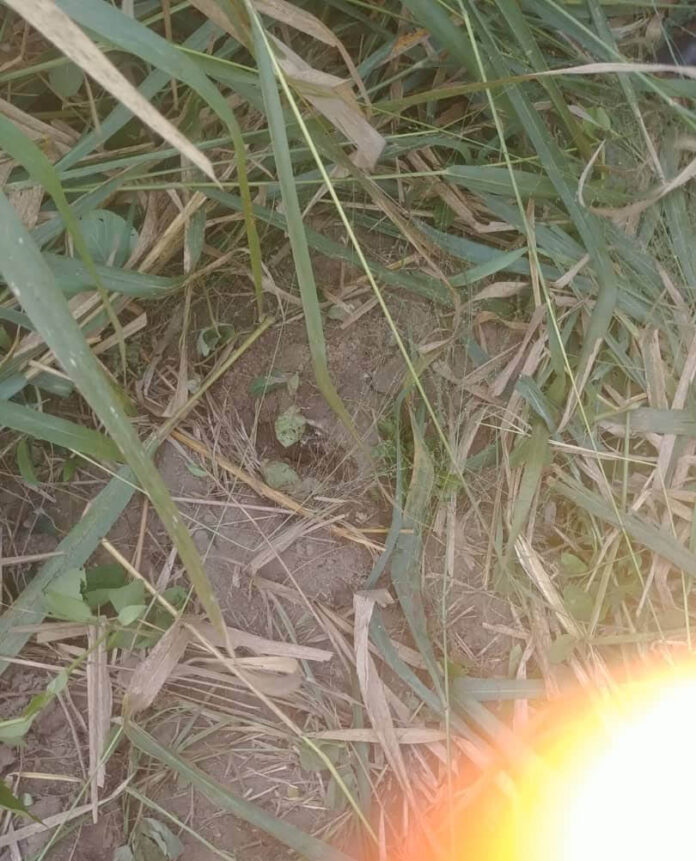 Reports from the Assin North District Capital, Assin Bereku indicates that a woman believed to be in his 60th’s has been beheaded and buried by unknown assailants.

67-year-old Yaa Badua, the deceased, a native of Assin Bereku according to reports went to Assin Breku market to sell her cassava and never returned back home. The chief and individuals of Assin Bereku organized a hunt only to find the lifeless body of Yaa Badua buried without the head and some parts of her body.

The Assin North Police Command have dispatched an investigation concerning the matter.

Below are picture from the scene:

Glefe Residents Live In Filth As Nature Strikes At Them.