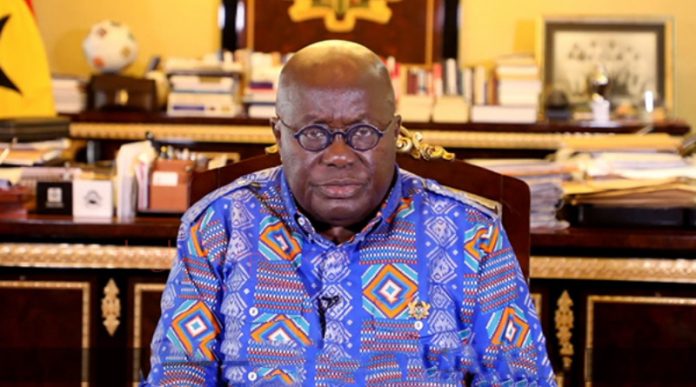 A whopping number of Ghanaian nationals have expressed their feelings about how things are shaping up in the country at the moment under the presidency of His Excellency Nana Addo Dankwa Akufo Addo and his appointees who are currently the ones steering the affairs of the country, Ghana.

A poll conducted by a research study organization, Global Info Analytics, has revealed that, the majority of Ghanaian people stronghold the view that, Ghana is heading, or better still, the country headed in a wrong direction because of how things are happening in the country would not be the wish or the desire of any reasonable individual who wishes for the good of the country to be at the level of a transformed and robust economic giant but activities in the nation seem to be so and thus, it is not giving any tangible sign of prospects to be bright for the state.

According to the expository part of the research study, over 70% of the people of Ghanaian youth are of the view that, how the presidency of the current president is managing the country, is not in their best interest and that is the reason accounting for their verdicts on the management of the country with the sense that, how on earth we will be a country well endowed with all the natural resources any meaningful individual could think of and yet, we are always heading to the International Monetary Fund, IMF, with a pointed bow to bend over begging for financial bailouts where countless natural resources have been gifted onto our country free to charge but the leadership of the nation, does not utilize the resources available appropriately and prudently hence, the ditch in which the state has fallen into.

A Global Info Analytics is a private entity that conducts impartial, fair, dependable verified surveys about political, economic, and governance issues with an independent analysis devoid of bias and political lenses, at the moment, put pepper mints in the anus of some government officials because it was just last week the governing New Patriotic Party went for its national executive elections where persons with various leadership acumen were elected to manage the activities and affairs of the party leading to the general elections in Ghana for 2024 after the end of tenure for Nana Addo Dankwa Akufo Addo where the constitution bars him from contesting again against any emerging force from the camp of the National Democratic Congress, NDC, for the juiciest and mouthwatering office in the land of Ghana.

Ghanaians are patiently waiting for reactions from the government and its political communicators to hear what responses they are coming up either to refute the claims made by the majority of the people living in the country that Ghana has headed in the wrong direction under the regime of president Akufo Addo or to accept it as a core fact that yes indeed, things are not picking up the way we are expecting but they are with the assurance that very soon there would be a total change in the country coming from the leadership level at the presidency therefore, Ghanaian youth should not lose hope but such individual spokespersons would rather come out and insult others for telling the painful part of their irresponsible acts because they believe that those people are just playing politics as usual with the current status quo of the nation which is being projected highly by certain notable economic technocrats that, she would soon bounce back with numerous economic prospects to where the economy would surely return to the north side of track to drive home financial restoration to many people who are yearning and desperately hoping for that very particular economic emancipation from all the debacles faced in the financial matters pertaining to how things are being used by only a few number of people who are the associates of the president and his appointees who must help assist the development of the state but rather, such people are heavily involving in activities that are likely to jeopardise the future prospects of this very country called Ghana.

Leadership is at the moment, missing big time in our current dispensation because it appears nobody seems to be concerned about what is taking place in the country thus we can only pray and hope for the best because, the government does not look responsive to any of the challenges that they think, is ready to accept for easy growth and development for our generals yet unborn to also come and inherit the resources we collectively reserved for the earth crust because of their excellent dexterity even though there are issues to be settled but, hands are on desks cautiously optimistic things will surely speak up.