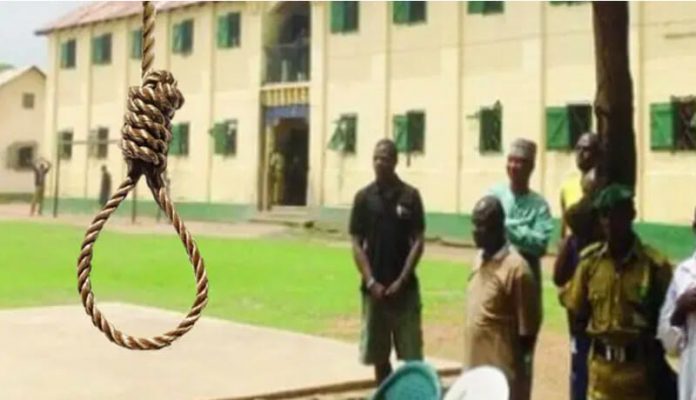 Akwa Ibom community was thrown into a state of mourning when the unexpected event of how a man to murder a pregnant woman for no apparent reason occurred.

The man was able to take the life of a woman who was heavily pregnant without cause but along the way, luck eluded him because it is believed that it is a habit that he indulged himself in for a while now. According to the community member, the man murdered the woman who could give birth some few month from now but due to the cruelty of some people in society, the man brutally slew her at the throat and other sensitive parts of her body on suspicion of ritual murder.

The area people were able to catch him up and police officers were involved in the fracas which led to his possible arrest and detention. The final determination of the case is that, he was processed for court and the judge handling the murder case, fairly found him guilty of murder and manslaughter and accordingly, pronounced his final verdict on him by sending the culprit to be executed through hanging at the neck until he dies. When the judge read his final judgement, the court room was totally silent because, it is assumed that fair justice has been served to the people of Akwa Ibom.

Some Nigeria men in the community have taken it upon themselves to be terrorising weak women in the town where in the process, they turn to harass them after the women deny them of any advances that they may be portraying towards such women in the society and thereafter, they resort to threatening the women which even culminated into the latter why this particular woman has been murdered in cold blood but at long last, justice has been served well even though it might not be satisfactory to some people.