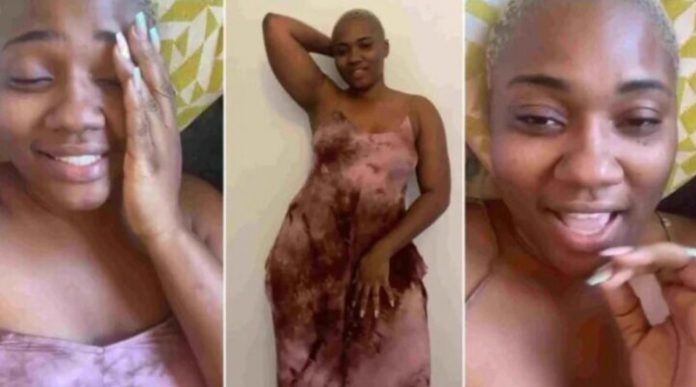 Abena Korkor is unconcerned with the criticism and calls for her arrest after she openly shared her nudes on social media.

Abena Korkor openly uploaded intimate videos and photographs of her nakedness on many social media networks.

According to her, she was doing it for body positivity and the confidence she has in her physical endowments.

On Instagram, Facebook and Twitter, Abena Korkor had shared a close shot she took of her genitals and captioned it: “I invested my heart, sweat, money and pussy. All I got was, I am a monster”

The caption ties into her wild allegations about sleeping with top public figures, celebrities and politicians. It also spoke volumes about her supposed bipolar conditions which may have reached disturbing levels.

Be at it may, Abena Korkor has shared a reaction video. In the video, she spoke about the fact that she is on fire.

Abena Korkor also intimated her care-free disposition to all the backlash and why she would not give in to all her naysayers.