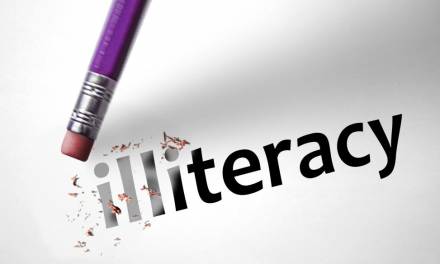 It has been uncovered by the Ghana Statistical Service, a public institution for that matter, that, overwhelming eight million of Ghanaians are illiterates which defies the logic behind the implementation of the much touted free senior high school programme initiated by the government.

According to the Ghana Statistical Service, these large portions of people who can not read or write, range from the age group of Six years and above but shockingly, even those above the six years, do not know anything at all about education unlike the six years group members.

“The report also finds that between the 2010 and 2021 Population and Housing Censuses (PHC), 1.2 million more illiterate adults (15 years and older) were added to the population – from 4.3 million in 2010 to 5.5 million in 2021,” the Ghana Statistical Service said last Thursday on the occasion of World Literacy Day.

The report coming to the general public after the Ghana Statistical Service, which is a government institution, has painted a dark and gloomy picture of how, some individuals in government have been loudmouth speaking and glorifying themselves in what they claimed to be, an unprecedented transformation happening in the educational sector this this malevolent administration assumed political office because, it thought twice about the challenges of acquiring knowledge by the masses in Ghana hence its decision to bring quality education to their doorsteps but, as it has been reported now, it defies logic and purpose as to why such an initiative of government could plainly be discarded completely without pointing any benefits the programme has achieved so far.

As it stands now, the government is currently mute and totally deaf on the matter revealed by its own public organisation and not a private institution where it could be described as politically motivated survey conducted by such a group but suddenly, it is a government sponsored institution which conducted the survey which at the end of the findings, painted the efforts of government in combating and curbing high level of illiteracy amongst Ghanaian people, has been jettisoned without leaving any reputation behind the ruins.

The government which intended to use such findings from the Ghana Statistical Service to champion the cause of its political agenda towards the upcoming general elections to say, it is this incumbent government which increases an enrollment of children into schools across the length and breadth of the country based on the free senior high school programme initiated by it, the perceived agenda could not materialise as the purposes intended failed beyond consideration.

The Free Senior High School programme has been very helpful though which is a laudable support provided by the government in an attempt to reduce the level of illiteracy amongst school going children but, its actually implementation could not help exactly with the said thought behind it as it came with numerous economic infractions as a result of government inability of supply needed resources to help sustain the programme to achieve its intended purpose.
Source: www.ghbuzznews.com