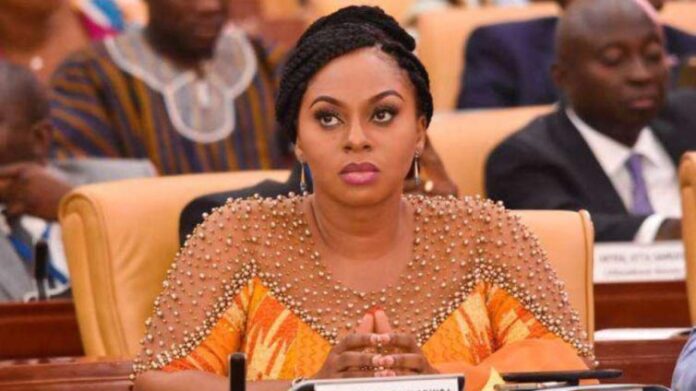 The member of parliament on the ticket of the ruling New Patriotic Party for Dome Kwabenya, Hon. Sarah Adwoa Sarfo is still in a state of mystery as her colleague members of the house on the majority side are searching for her to help them pass the e-levy bill in favour of the party.

She is yet to be uncovered as to where exactly she has been hiding since the debate on the bill arose some few months ago in the chamber of parliament when the minister for finance laid the bill before the house for an onward debate and the subsequent approval to assist the ministry in mobilising more funds from Ghanaians who are into mobile money banking in the country. But with the absence of Hon.

Adwoa Sarfo, the majority of the house of parliament would have a practical tough time passing out the “killer bill” as the minority side in the chamber had turned it. Before the bill is finally passed into law, the NPP members who are made of the legislature, must have an upper shoulder on the minority with maximum number of their members present in the house.

But as it stands now, Ghanaians are watching the proceedings with keen interest as to what would unfold in the chamber of parliament.