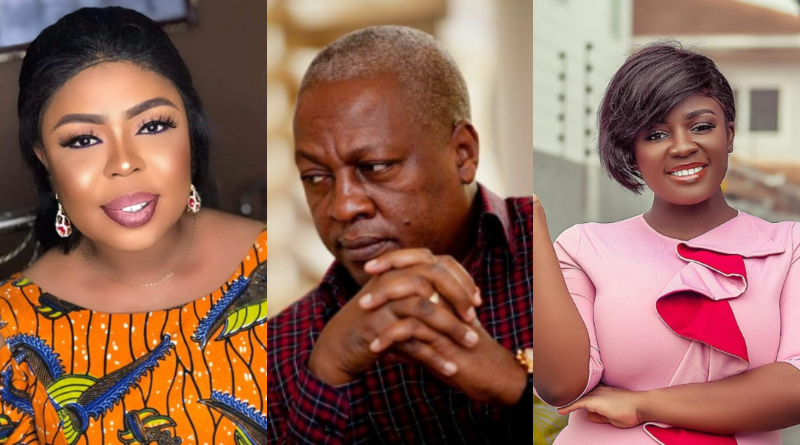 Popular Tv personality, Afia Schwarzenegger has hits back on people who claim that John Mahama is the baby daddy of Tracey Boakye.

Afia Schwarzenegger has been one of the people defending Tracey Boakye whenever she falls into the hands of critics or bloggers. 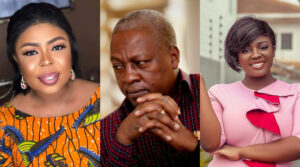 Netizens has been talking about Tracey Boakye for a very long time, claiming that John Mahama is the father of her child and she should come out and confess, but Tracey Boakye’s friend has jumped into her defense again.

Afia Schwar has Reacted to Bombshell’s leaked audio of her plot to use John Mahama’s 2nd wife to ruin his campaign, Afia Schwar said the 2nd wife isn’t her friend.

According to the Ghanaian controversial tv personality the 2nd wife of John Mahama is not Tracey Boakye. She went on to state that her friend Tracey Boakye didn’t like old men like John Mahama.

Afia Schwarzenegger made it known to Ghanaians that they will soon see the baby daddy of Tracey Boakye and he will sweep them of their feet.