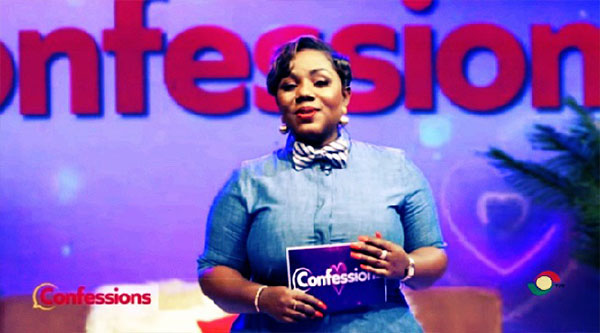 Another weird and wild confession coming from Ms Nancy’s confession box has left many jaws open. Yaa, a Ghanaian woman who appeared on Tv3’s confessions with Ms Nancy, has indirectly paralyzed her mother-in-law with a spiritual directive from her prophet.

In this episode, Yaa wants help to get the mother of her husband who is currently bedridden out of her home.

According to her, she has been married for 14 years. She had two kids but the problem
is her mother-in-law has been a huge setback in her marriage. She does not live here in Ghana, but the past few months, she returned and it has been one issue to the other, which has been her headache all day long. “Everything I do, she complains’. Even the way I cook, take care of my children, and care of my husband, she has an opinion about it at all times.

According to Yaa, her husband’s mother did not like their relationship. So even after marriage she continues to torment her at any chance. And that is why ‘I sought my Prophet
help to deal with the headache in my marriage, she stated.

She continues by saying; the mother has been a huge hitch even before they got married.
She did not approve our relationship. It was a struggle, but because my husband really love me, we went ahead and got married. “I have been praying about how she behave
since I got back just to save my marriage, my children and husband.