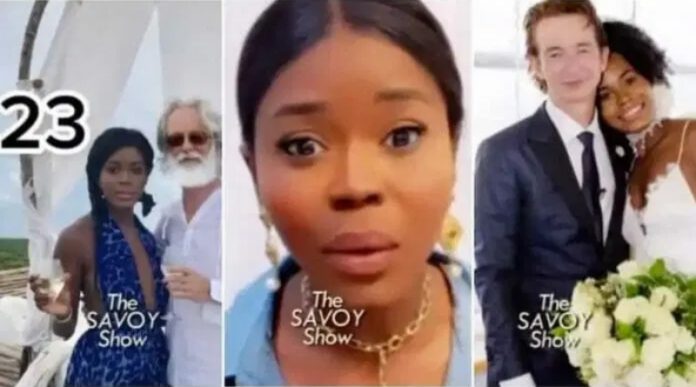 A 23-year-old woman seeks revenge by weding her boyfriend’s father, who is 89 years old, after allegedly learning of his infidelity.

A picture of the young woman and her senior new spouse was uploaded to Instagram by The Savoy Show, an online media blog.

In reaction to trolls who praised her actions, the woman accused people of calling her a h*oe.

She discussed how her then-boyfriend, who is now her ex, cheated on her with various women, including her friends, in a video that was released by the same media blog.

“The same guy who was out there swinging like a hula hoop. But no, I am the h*oe…”