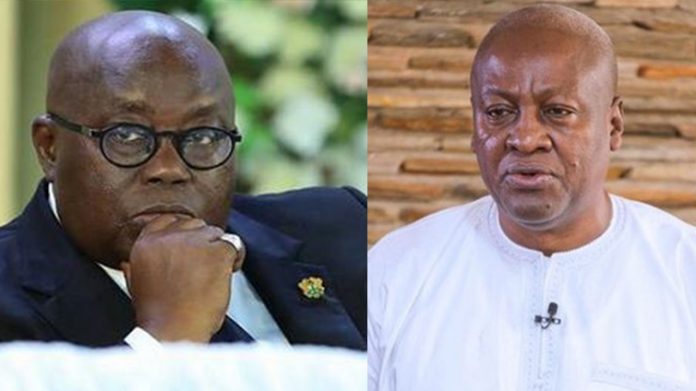 The former President of the Republic of Ghana, HE John Dramani Mahama, has reiterated his calls that those who killed the journalist Ahmed Suale, in line of his duty, must be brought to justice.

The former President is daring the current president and the police administration to do the honourable thing to find the murderers who exsangunated and terminated the precious life of the investigate journalist, Ahmed Suale.

The said journalist was slain under bizarre and weird circumstances difficult to be explained. The police administration previously declared a manhunt for the killers but it seems now like it is just a wild goose chase agendum initiated by the administration just to calm down the nerves of the relatives of the murdered journalist.

Ghana’s press freedom has been punched into with spots and wrinkles by the world for not doing enough to allow free speech and independence of the Ghanaian media to discharge their lawfully mandated duties to holding the government accountable.

According to former President Mahama, if the current president were to be having the presidential will, by now, we will know those who killed the journalist in question. It is because, he the incumbent president does not care about the life of anyone that is why nobody knows who committed such dastardly acts with an impunity.

The former President has therefore charged the Inspector General of Police, The IGP, Dr. George Akufo Dampare, to investigate the case thoroughly and bring those found culpable to face the full rigours of the law.

The former President believes, if the Inspector General of Police, Dr. Dampare, wants his reputation and legacy to live on, then he knows what to do and that is; he finding the actual people who were behind the killing of Ahmed Suale. As it stands now, the search for those who perpetrated such heinous crimes has been abandoned like an uncompleted building that is deserted on an island for aquatic species to inhabit for their symbiosis pleasure.