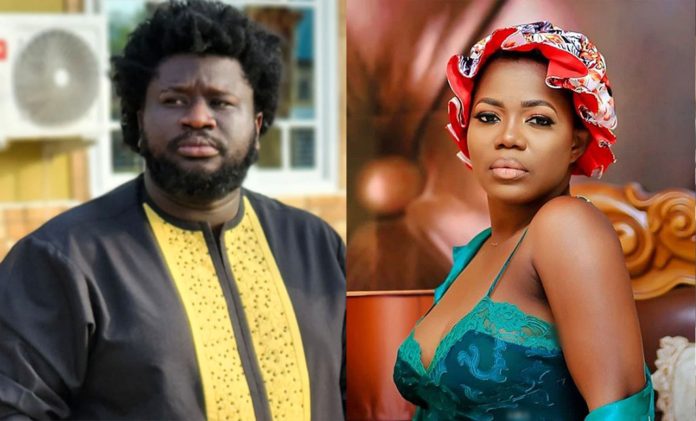 There are different kinds of spiritual leaders in the whole who are helping to redeem the oppressed from their bondages and shackles while others are using the popularity of same to perpetrate crime against humanity with their own style of helping people under the pretext to defraud them.

And since men of God and self acclaimed men of God have found themselves in the ministries, there are few who have caused the name of religious activities into sacrilegious ceremony.

While to accuse others of scam and fraudulent activities without any prima facie evidence, is tantamount to defamation of character for those involved in the alleged episode. A very damning voice recording, had popped up on social media purported to be the voice of Mzbel accusing and leveling malicious claims against one of such religious leaders in Ghana.

On online media platforms, a certain unidentified woman believed to be Mzbel, was clearly heard in an interview with a man while recounting her personal ordeal after her visit to the bishop Ajagurajah for the first time in her life experience at the church premises.

According to Mzbel, she went to seek direction and solutions to her life challenges and problems since she heard that the bishop Ajagurajah has been finding solutions to people’s spiritual misfortunes and as a result, she tried to seek support from him but unexpectedly, the unfortunate occurrence took over the brain of the bishop.

She claimed that the moment she reached and entered the church to meet bishop, he sent one of his servants to tell her immediately that, he, the bishop had shown interest in her therefore, he would like to meet her in person at his upper Chambers.

He revealed that, after meeting the bishop, the first thing he spewed out of his mouth was to reiterate what she was told by his servant for expressing his interest in her saying, it has been revealed and chosen in the realms of the spirit that she Mzbel would be his wife.

Due to what she claimed to have experienced with the bishop, she has therefore concluded that the bishop Ajagurajah is not a true man of God but rather, a rapist and a scammer who has been using the name of God sacrilegiously to defraud suspecting victims of his ungodly activities.

Wearing used or second hand clothes is a sin