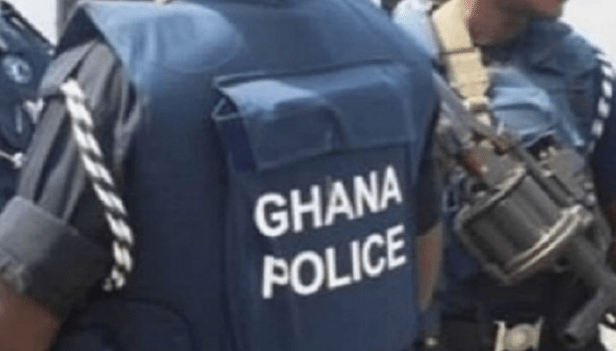 The Achimota Police have arrested one Shadrach Boakye, aka “Anopa” for his alleged persistent harassment, attacks and robbing of commuters along the Achimota forest in Accra and its environs.

Shadrach, 24, had been on the radar of the Achimota Police for several months until he was arrested over the weekend at Fawuhoyeden in the Ahafo Region.

She said Anopa had also been involved in countless robberies within the Achimota forest enclave since 2019.

Supt. Srofenu made reference to a case reported on Thursday, June 4, 2020, around 1030 hours when Shadrach, in the company of five others attacked and robbed about four victims of their valuables such as phones, laptops, monies and other items at gunpoint.

Police arrested four of the gang members but “Anopa” being the leader of the gang, managed to escape arrest and went into hiding in his village in the Ahafo Region.
His accomplices are on trial.

However, she said, the suspect resurfaced after some few months of hiding to continue with his operations.

Supt. Srofenu said another case was recorded on Monday, November 30, 2020 when the suspect again attacked and robbed several road users around the CP Roundabout near the Achimota Forest in Accra.

His modus was to hide in the forest, monitor both vehicles and pedestrians, and rob them at the least opportunity.

Anopa used knives, sharp implements or pistol to advance his operations, however, Police were able to track one of the victim’s phone to where the suspect was hiding that night and got him arrested.

Supt. Srofenu said Shadrach was processed for court in both cases, but somewhere this year, he together with other accused persons were granted bail in all the robbery cases by the two circuit courts and since then the robbery in the forest aggravated.

She said on Monday June 14, 2021, the suspect robbed a car dealer of his bag containing unspecified amount of money and some vehicle documents at CP Roundabout.

The case was reported to the Achimota School Police for investigation and after the complainant described the suspect to the Police, they suspected “Anopa” to be the culprit.

A search was extended to all his hiding places but he was fast to escape arrest.

Police later had information that he was hidden in a village in Ahafo Region and with support from the Ahafo Regional Police Command, the Achimota Police finally arrested him from his hideout.