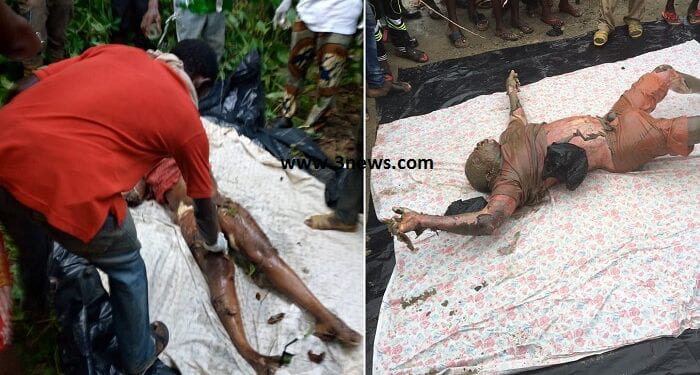 Residents of Adumasa in the Juaben Municipality of the Ashanti Region were thrown into a state of wailing and intense shock after a man allegedly killed his wife and committed suicide thereafter.

The body of Akwasi Korang was found afloat in the Anurum River, nearly 48 hours after the decomposing body of his wife Akua Afriyie was found few meters away from the couple’s cocoa farm at Adumasa

He was said to have allegedly butchered his wife and dumped her lifeless body in the bush Saturday. This development prompted the chief of the area to authorise a manhunt for the suspect. He was found dead after more than 5 hours of search Monday afternoon.

Though the bodies of the couple have since been deposited at the morgue for further police investigation, the actual causes of their death are yet to be unveiled.

Eldest son of the couple Oppong Agyekum, who couldn’t control his tears told 3news.com that “I didn’t know this calamity could befall our family”. “I leave everything to God, may God grant them peaceful rest,” he added.