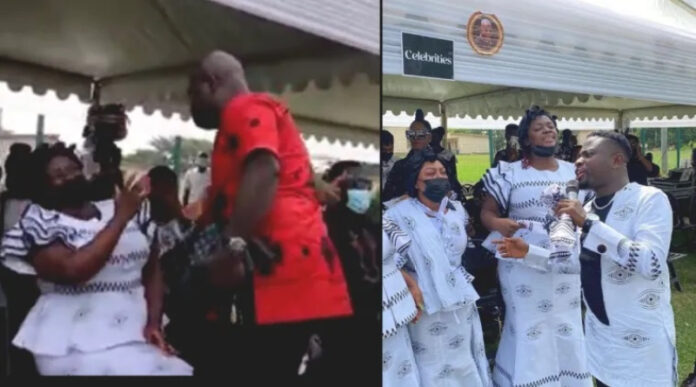 Appiah Stadium is trending for giving Tracey Boakye a slap at the funeral of Afia Schwarzenegger’s father.

NDC foot soldier Appiah Stadium gave actress Tracey Boakye a slap when they met at the funeral of Mr. Augustine Adjei, the father of Afia Schwarzenegger.

Today being the first public meeting between 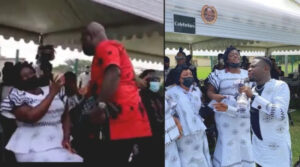 and Appiah Stadium since the infamous “papa no” saga, Appiah greeted her with a friendly slap. The slap was a friendly one and Tracey Boakye reacted by also giving him a friendly knock on his head.

Appiah Stadium is one person from the John Mahama camp to put Tracey Boakye and MzBel on the blast during the infamous “papa no” saga.

The Kumasi based veteran radio caller has built a no nonsense image for himself which normally gets him a pass for some unscrupulous behavior of his.

The last time he attended a funeral, he triggered Rev. Dr. Asante Antwi into a brawl when he confronted him on why he is silence about Akufo–Addo’s bad governance when he was so vocal when John Mahama was the President.