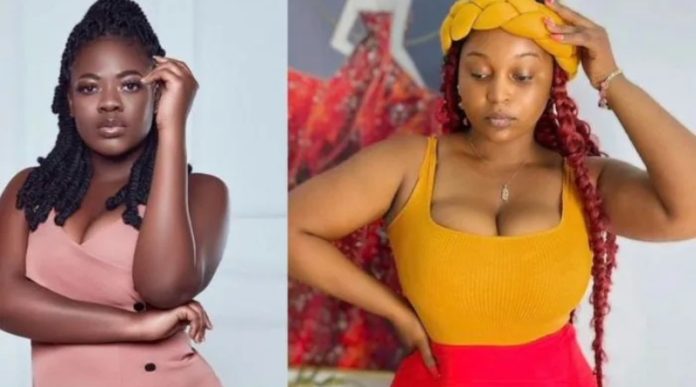 YOLO Star Eyram’s baby mama has returned to Asantewaa. We are all aware that the two have had a rocky relationship due to duping.

The most recent development involves Cyril’s Baby Mama, Eyram, apparently threatening to publish Asantewaa’s naked recordings on TikTok in the midst of their feud.

Eyram’s action is meant to discredit the socialite and Kumawood star on accusations that she defrauded her of billions of cedis.

A screenshot that was earlier yesterday purported to be a chat between Eyram and one of her pals spread widely online, further escalating the feud.

Eyram asserted that she was in charge of Asantewaa’s nudes during the conversation.

She also claimed in the screenshot that Asantewaa had an abortion following her seeding for well-known dancer and performer Dancegod Lloyd.