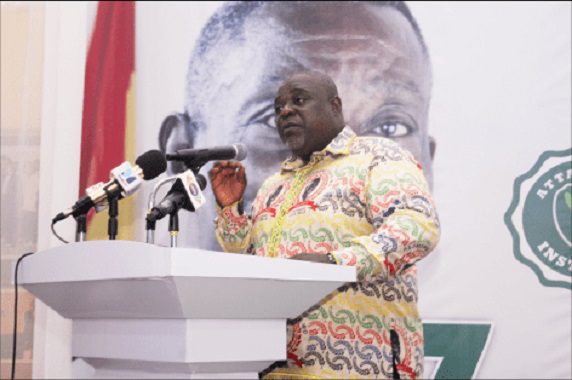 The family members of the late president John Evans Atta Mills, have taken strong exceptions of an alleged institute established by the former director of the presidency during the erstwhile administration of the late departed Professor of Law without recourse and appropriate notifications to the immediate family relatives.

The family members, have therefore initiated a court action to bar and prohibit the use of the centre in the name of the former president of the republic of Ghana.

The family has therefore described the institute in an honour of the ex leader as unsanctioned, unwelcome, unauthorised and obfuscation and as such, the place can not be operated in the name of the former president which the family is vehemently objecting to because the individual who erected such a centre, did not seek the consent of the family members to ascertain if indeed they are in support of that particular initiative or not with the motive that, what the family members are hoping for or expecting to seeing after the tragic event leading to the demise of the former president, is nothing of that sort.

Samuel Korku Anyidoho, who the architect who instituted such a place in memory of the past president instead of him to rub his shoulders with the kinsmen of the ex Ghanaian statesman, he did not do anything of that nature but by going ahead to embark on an activity of that magnitude without thinking carefully about the sensitivity of the families involved in matters relating to the status of the past president who passed away about ten years ago.

The nation commemorated the ten years anniversary since the former president kicked the bucket under strange and bizarre circumstances surrounding his unexpected death which instigated some people to suspect a foul play on the part of certain individuals who were very close to him at the time of his sudden departure at the 37 Military Hospital in the national capital.

The family members of the late president, got the winds of the so called institute built in memory of the former president by Korku Anyidoho when they graced the event on the tenth anniversary of the president and they were totally taken aback as to how on earth, an initiative of that valuable stature, upholds by someone who thinks he loves the late president more than anyone else just to win public sentiments and accolades, could not alert the family members through which he was even able to know the late president and without that, he himself acclaiming to be the ardent lover and adorer of Mills by that means, he is attributing to himself as the founder of Atta Mills Memorial Institute with a giant inscription on the bust of one of the statues which was unveiled on the day of tenth year anniversary after it had been erected and solely facilitated by Korku Anyidoho.

Currently, the family members are bitterly angered by the misconduct of Korku Anyidoho and they do not want him to operate the centre in the name of the late departed Professor of Law without the approval and authorisation of the immediate relatives of the former president. That is why, very soon, the whole country is going to witness a very tough and challenging legal tussle between the family members of the late president John Evans Atta Mills and the lawyers yet to be engaged of Samuel Korku Anyidoho.

The family had already announced its readiness to face of with the lawyers of Korku Anyidoho to test the framers of the constitution to verify from the points of the law to see who is doing the right thing or the wrong thing.

As the family declared it would not be in support of such an Institute bearing the name of the late president John Evans Atta Mills, the family is that that reason, planning to sue Korku Anyidoho for intruding and intrusion of the privacy of the Mills’ family without the consent and perusal of the family relatives.