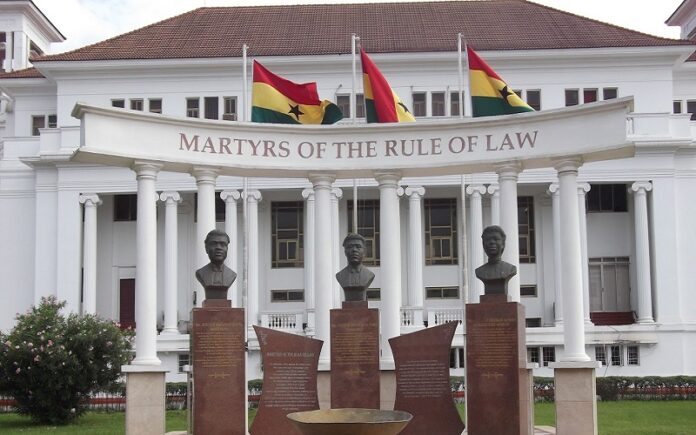 In the past few hours, there has been a back and forth conflicting account of denigrating report indicting our justices of the Supreme Court of

Ghana who have been cited for unlawfully contravening regulations 158 of the public financial management regulations governing the 2019 ( L.I. 2378) a such an illicit and clandestine move that jeopardises the fairness of those judges in that criminally intended corruption related cases.

According to the report released by the Auditor General, about nineteen of both past and current superior court justices had/have acquired public vehicles unlawfully without any requisite detailed approval of same which is considered as a move that could only be described or cited as act of corruption which is liable for criminal indictments and austere prosecution without any tampering of justice with mercy.

The issue has currently reached a state of public anger and vexation as many Ghanaians make fun of those indicted in such a harrowing corruption matters which others are asking to receive evidence about their truth and sincerity that vouched for the country after the expos’e revealing their heinous and repugnant conducts which they never thought would one day be brought low to the fore.

This current damning evidence being levelled against those high profile judges of the supreme court of Ghana, tells the whole world without any shred of ambiguity the calibre of individuals that our past and successive governments have been appointing into such topnotch courts to adjudicate cases for transparency to be the rule and order of the day but tragically and shamefully, they have bent on doing contrary to what the law demands from each and everyone of the state.

As it stands now, such an embarrassing incident involving the judges implicated in the corruption related cases, the matter is actually trending online as many who have heard of it could not hold on for a minute just to express themselves about the revealing expos’e echoed by the Auditor General against those individual members of the supreme court of Ghana.