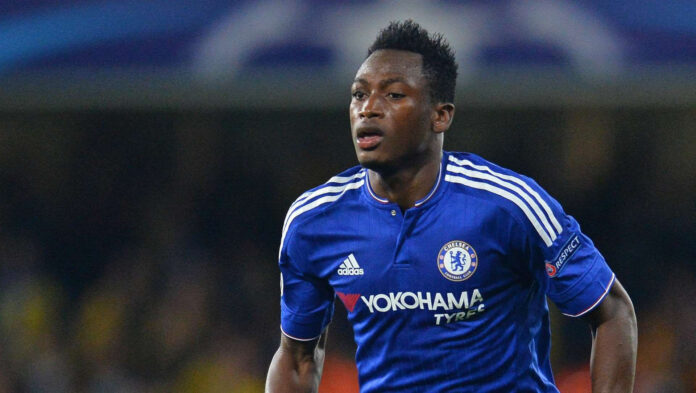 Ghana left-back Baba Rahman has joined Reading on a season-long loan deal after extending his contract with Chelsea.

Rahman, 27, signed an extension with Chelsea until June 2024, before moving to the Championship club on Friday. His initial contract was due to expire in June 2022.

The Blues were only interested in selling the left-back but did not get a buyer, thus decided to extend his contract and loan him out again.

Reading will be the Ghanaian’s first taste of English football away from the Blues following his transfer from German side Augsburg in the summer of 2015.

He made 23 appearances during his debut season at Stamford Bridge, impressing in the Champions League knockout round against Paris Saint-Germain.

The following season was spent on loan in the Bundesliga with Schalke, where the defender featured prominently before a cruciate ligament knee injury at the Africa Cup of Nations kept him sidelined for a year.

His return came with Schalke in January 2018 and he made five appearances before a switch to Reims in France 12 months later, where he played 11 games. In September 2019, he completed a season-long loan move to newly-promoted La Liga side Real Mallorca, where injuries once again restricted him to a handful of appearances.

Having recovered, Baba appeared on occasions for our development squad in the first half of 2020/21 and joined PAOK in Greece during the winter transfer window, where he made 17 appearances and scored one goal.

He joins a Reading side enduring a difficult start to the season, with three defeats from their opening four Championship games.