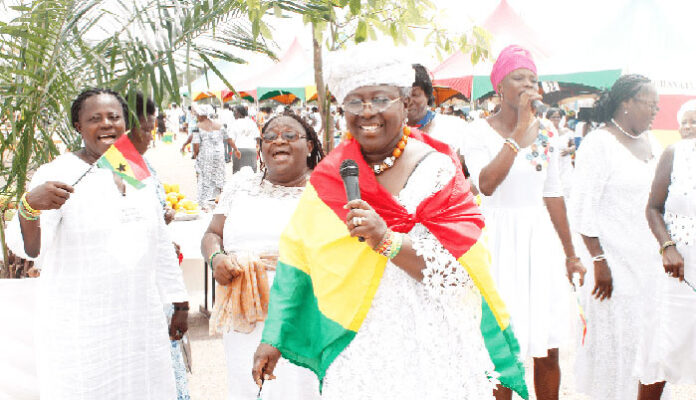 It is quite mind-bugging as to why things are crashing down countless Ghanaians despite their industrious and unflinching support for the development of the country.

Many are those who are assuming that, there may be an invisible force underlying somewhere meddling in the affairs of the nation. Under the previous tenure of the former President, Prof. John Evans Atta-Mills, he been an astute, committed, dedicated and a spiritual leader who foresaw the wickedness of evil in dark places, he took it upon himself as the father of the nation and a religious individual, he instituted a prayer warrior tower which had been financing wholeheartedly as they were interceding and petitioning God on behalf of Ghana to restore the fortunes of Ghana and by an extension, dispelling and exorcising every form of spiritual orchestration that might befall the country.

That spectacular prayer tower group, is the Undoubted All-women Prayer Group-Aglow for Jesus. The prayer director of the group, Dr. Gifty Afenyi Dadzie, believes strongly that, there is an invisible spiritual hand that is directing matters in this country.

According to her, the economy woes of Ghana deepens simply because, Ghanaians have turned their backs against the Supreme God who redeemed us during the watch of Prof Mills as he believed in prayer and a member of the Methodist Church when the group was formed.

But under this current Akuffo Addo-Bawumia led administration, they deliberately rendered the prayer rectitudes of the group by triggering the association to become dormant and defunct thereby not lendering financial supports to the group so as to carry out its religious activities for the country to be emancipated from the bloody thirsty hands of demonic forces. Dr. Gifty Afenyi Dadzie declares;

“The economic fortunes of Ghana shall be restored if you bring back Aglow for Jesus.