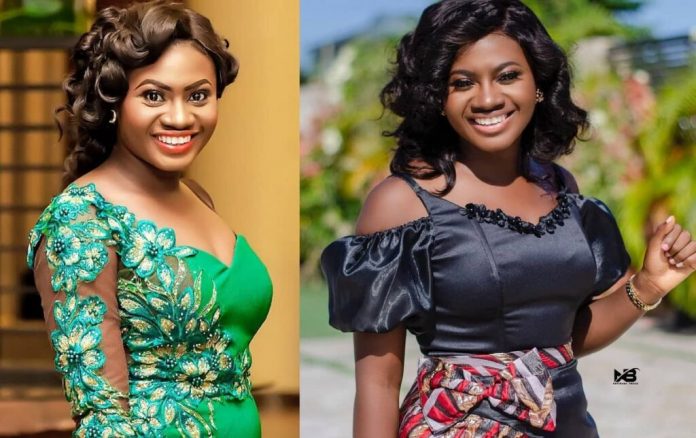 Some certain individuals in a society do not show class or display their wealth but rather buy and patronize the activities of the ordinary people just to put themselves in their shoes.

That bothers on what such individuals put on their bodies either privately or publicly. Many Ghanaian business owners have engaged themselves in buying and selling used clothes from out of the country to provide for the needs of their families and loved ones without crying foul that there is no job because they have found their daily source of livelihood which affords some of them the means to travel out of the country.

Martha Ankomah, who is well known in the Ghanaian movie circles, has urged the government of Ghana to place a ban on the Importation of used clothes from the shores of the country.

According to Martha Ankomah, the used clothes being imported into the country has brought many diseases causing the untimely death of countless Ghanaian users of such dresses as a result the government should proscribe the import of same as illegal and anyone who does that should be deemed as a criminal.

Ghanaians are wondering where she got her so-called research from that the sickness being spread is a result of the Importation of the used clothes from other neighboring nations.

People are going to fight her head-on seriously because she is trying to destroy the ends meet of people whose business is the Importation and sales of such dresses.

People go to Katamanto and Accra market circles to engage themselves in burning down boutiques and do a selection of decent and colorful dresses and when they return home safely they take their time carefully and boil such dresses so that if there is anything else like germs of bacterial infections, such things will die immediately.

So it is not true on the part of Martha Ankomah as she claimed blindly that diseases are being brought into the country because of the Importation of those used clothes by the foreign nationals.

Those who patronize such dresses know the processes involved in dealing with anything unclean or unhygienic that may be contained in the clothes with the reason that they do not buy such dresses and begin to wear them immediately until the process they are familiar with is thoroughly employed to safeguarding their precious lives.

Therefore, Martha Ankomah has caused insults in the country by delving her nose into the affairs of buyers and sellers of used clothes without a proper background check of what she is alleging.

It is believed that some people will not take kindly to what she suggested and thereby raining insults and unprintable words on her personality.