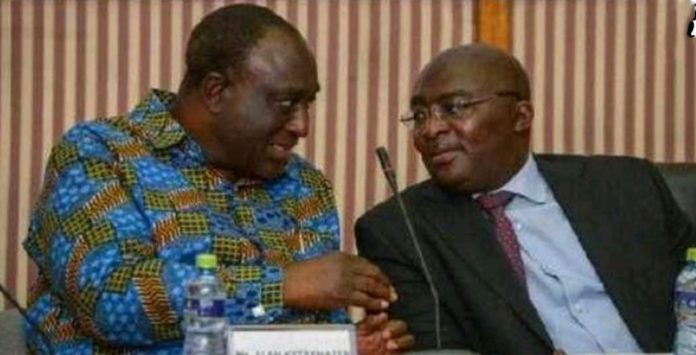 The member of Parliament for Abuakwa South in the Eastern Region of Ghana, Honourable Samuel Atta Akyea, has touted the dexterity and qualities of the current vice president of the republic of Ghana, His Excellency Dr. Mahamudu Bawumia, as the next leader of Ghana to succeed the sitting president Nana Addo Dankwa Akufo Addo when his tenure relapses.

According to Samuel Atta Akyea, if Dr. Bawumia succeeds in winning the upcoming general elections to be held in Ghana by the Electoral Commission, he is going to be the first economist ever to be the president of the republic of Ghana since independence from Britain over sixty years ago.

There has been numerous agitations coming from the camp of various factions in the party describing some other people who declared their intentions of running on the tickets of the party as presidential candidates to be alien and strangers to the norms and practices of the party and saying they are not qualified enough to be chosen as the flagbearers of the New Patriotic Party but what has been stated by the law makers being the representative of those at the Abuakwa constituency in the Eastern Region, his declaration of faith and confidence in the vice president, means he wholeheartedly supports him against the other highly touted replacement as president coming from the Ashanti region in the person of the trade and industry minister, Alan Kyeremanteng, who comes from the other rival faction in the same New Patriotic Party, who has been described as a true and trusted member of the party who is qualified enough and rooted in the traditions and norms of the New Patriotic Party, the NPP.

Based on what has been said by the member of Parliament for Abuakwa South, Samuel Atta Akyea, the other rival faction in the New Patriotic Party coming from the camp of the trade and industry minister, they would not take kindly to his assertion because to them, the vice president being a Northerner, there is no way he is going to lead the party because it is not in the history of the Northern indigenous people to be the flagbearers of the party which would be against the traditions and norms of the NPP as a political party.

There is no cause for an alarm in the country of Ghana as the sole mandate about who becomes the next president of the republic of Ghana resides in the bossom and sovereignty of the Ghanaian voters.