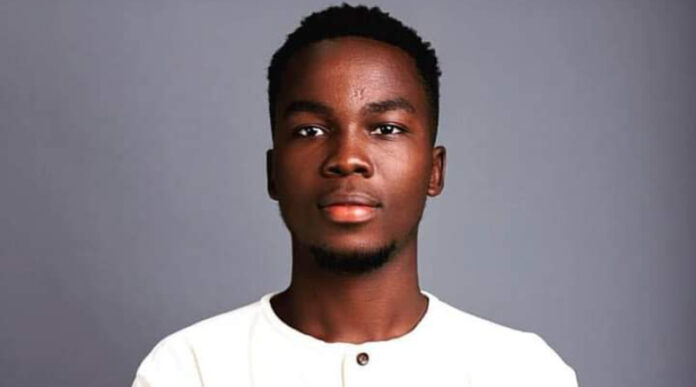 Blogger, Albert Nat Hyde has said to pastors to get a job as being a pastor isn’t a profession.

The Ghanaian blogger, Albert Nat Hyde who has been in many controversies took to social media to advise. According to him, anyone who calls him or herself a pastor should go and work because being a pastor isn’t a profession. 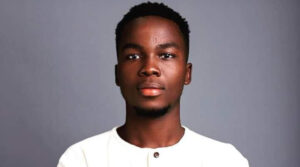 He also said pastor should stop living off the offerings and tithes of their ‘poor members’ and the needless fundraising to support their ‘selfish agenda’.

“Being a pastor is not a profession. Go and work.

Stop living off the offerings and tithes of your poor members… Needless fundraising to sponsor your selfish agenda.

That is holy thievery.” 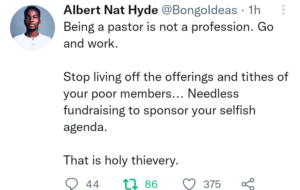 Some fans are in full support of his statement while others disagree with him.

Below are some of the reactions from fans.

Yaw Asamoah: You better stop being controversial around pastoral job. Though we hv some fake ones but not all.

God called others to be doctors, accountants, bloggers etc and they’re all benefiting from what they do.Why must it be a problem if a pastor is benefitting from his congregation?

Gadede Selorm: “Yes it’s true being a pastor isn’t a profession but during the old days the Levites sole responsibility is to be in the Temple. They fed on tithes and offerings. So it’s normal if a pastor doesn’t work and he’s sole focus is on God’s work.”

Nana Boateng Acheamp: “You are approaching this issue from a Logical and intellectual point of view which doesn’t make your Statement Sound! Moses was looking after his father in-law’s sheeps and when the call came he left it and dedicated his all to it!There is an other dimension to the call of God”

Abdovic: “This days I’m agreeing with you on a lot of things oo what have you been drinking lately 😂”

Political Davido: “I wish you stay in your lane as a blogger than telling people what to do

Chairman, ministry work is a dull time job. Why not tell the malams, traditional priests and the JuJu men to go and get themselves a job?