Otto Addo became the second indigenous Black coach to qualify Ghana to the World Cup in Qatar. Many may have known Otto to be a Ghanaian born in Germany, but they may not know his is Ghanaian tribe. 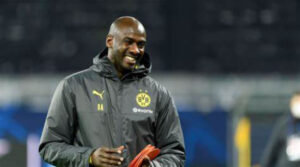 His late father, Ebenezer Awuku Addo hails from Akwapim and his mother, Naomi Amiokor Ntreh is from the Greater Accra Region.

Otto was born on June 9th, 1975 in Hamburg, then West Germany and started honing his professional football at a very tender age. He is currently, 46 years old.

As I was writing this piece of article, I didn’t find anything concerning his relationship status.I don’t have much information about his past relationship and the current one. Also I have no idea about the number of children he has due to the fact that he has kept his personal life strictly confidential.

In Otto’s debut Black Stars’ match, the team beat Eritrea 5-0 on February 28th, 1999 and was part of the Ghana contingent that played in the 2000 African Cup of Nations. That tournament was co-hosted by Ghana and Nigeria and was won by Cameroon. Otto’s football career was however cut short through a career threatening injury.

Otto started his coaching badges with his former club Hamburger SV in 2009 where he was the youth team coach and an assistant manager till 2015. He is currently one of the assistant coaches at Dortmund, handling one of the team’s academy sides. He is also a chief football scout for the German side.

In April 2019, it was announced that Addo would work for former club Borussia Dortmund as a ‘talent coach’, having previously held a similar role at Borussia Mönchengladbach since 2017.