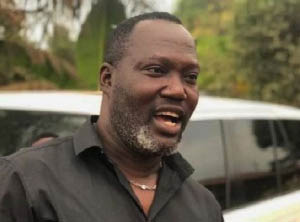 Speaking in an interview with SammyKay Media, Mama Yaa disclosed that she is not in any way related to the late Bishop Nyarko.

According to her, she got close to the late actor when he was sick and took care of him on his sickbed, therefore, could not understand why the family of the late actor would falsely accuse her of killing him.

Mama Yaa, who seemed very incensed by the accusation levelled against her, revealed that she initially kept to herself what she knew about the cause of death of the actor but for the action and inactions of the family members, she disclosed what led to the death of the late versatile actor.

She stated that the late Bishop Nyarko had been operated on at the time, but his family members took him all the way from Kumasi to Tema, and he was injected with a herbal solution contained in an enema bulb syringe through his rectum.

She questioned through her narrative who does a thing like that, especially at a time when he had threads in his stomach after his operation.