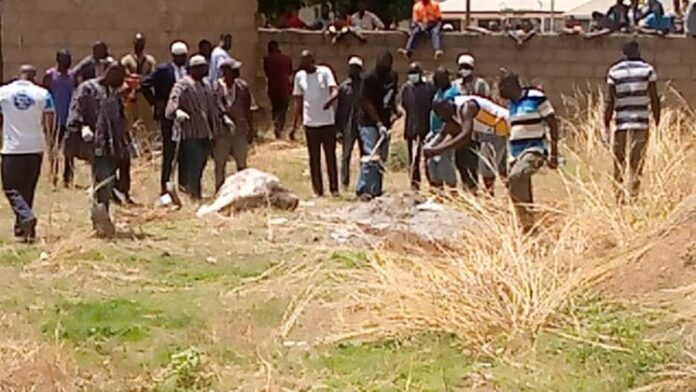 There is a seemingly pandemonium escalating to other parts of a community causing fear and panic where a certain security officer has been slaughtered clandestinely.

The 60 years old man, who was a security guard at High Ranking International Academy, a private school in the Upper West Region, had been secretly slain and buried covetedly without any cause.

The family of the late officer, notified the police officers in the area that, their relative left for work without a return after three days of his departure from the house. The officers as law enforcement agents to provide peace and security and to maintain law and order, mounted a thorough search to discover whereabouts of the security officer.

During the search, a blood strain was found on the floor leading to the location of where the man had been buried in an uncompleted building. The police officers then, carefully, exhumed the body of the entombed individual and it was identified by the family that, that was the body of their relative.

The family therefore, called for a full scale investigation into the matter leading to the killing and burying of their kinsman as police officers released his corpse to the family for a customary burial.