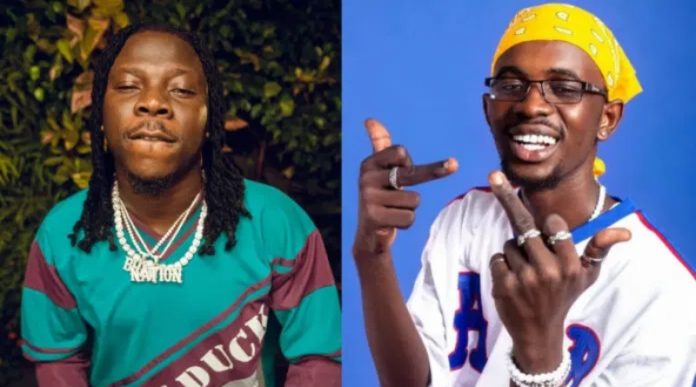 Stonebwoy has stated that he discreetly approached fast-rising Hiphop sensation Black Sherif and his management about a possible collaboration, but they never responded.

In a recent interview, the Bhim Nation leader was asked if he might team up with Sherif, who is currently the hottest item in the mainstream.

Responding, Stonebwoy instead recalled how some artistes he has a connection with expressed interest in collaborating with the ‘Kwaku The traveller’ crooner but he and his management ignored him.

“From the beginning when he dropped his first single “First sermon”, I was in New York. And two Jamaican friends who wanted to do a collaboration to feature him on a song. I got the opportunity to link up and tell him about it but I really didn’t hear anything from but I’m good.”

Watch the video as shared by GHOne TV.