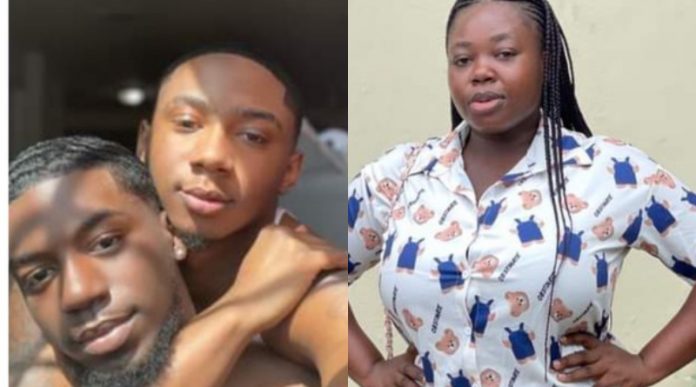 Two really attractive young males took to social media to communicate and express their love for one another Gay.

Because of their attractiveness, women on social media couldn’t understand why these attractive men chose to be gay when so many women are in desperate need of husbands and boyfriends.

The social media user Adom Bi Nti didn’t specify how she intended to cast out or make them forget their preference for men. Meanwhile, other social media users were simply frustrated about the rate at which more handsome guys and pretty ladies are joining the LGBT community.