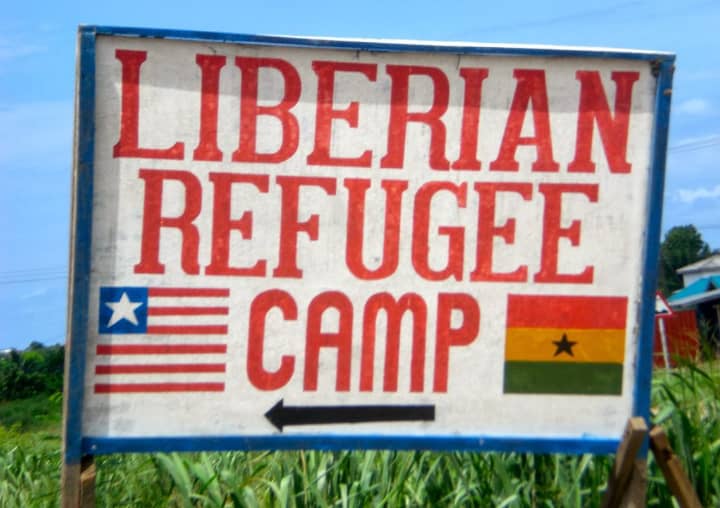 Irate Chiefs of Gomoa Fetteh in the Gomoa East District of the Central Region are approaching the public authority to promptly obliterate Budumburam otherwise called Liberia Camp to help diminish crimes around there.

Speaking in an interview with EIB Network’s Central Regional Correspondent Yaw Boagyan after a press conference at Gomoa Fetteh, the Chief of Gomoa Fetteh Nana Abor Atta said, the government must demolish the Liberia Camp and use the land to construct Schools, Market, and a Community Center for the area.

He added that the Chiefs are worried about the High rate of criminals in the area so the best thing for the government is to demolish the camp which was set up for refugees in the 90s.

The chief hinted that several petitions have been sent to the president for the camp to be demolished but nothing has been done yet.

According to the Chief, the area has become a hideout for criminals who perpetuate various crimes in the area and other parts of the country. Nana Abor Atta adds that demolishing the camp will go a long way to drive criminals out of the area and peace to Kasoa and its environs.

After the beginning of the Liberian civil war in 1989, the Ghanaian government established the Buduburam refugee camp in 1990 in response to the arrival of displaced Liberians in the country. After the final ceasefire agreement of the war in 2003, UNHCR repeatedly urged the repatriation of refugees to Liberia.

The pace of repatriation, however, was sluggish among the remaining Liberians in Ghana due to the precarious political and economic environment in Liberia.

Many Liberian refugees in Ghana had been hoping for third-country resettlement but, with peace restored in Liberia, most no longer met the criteria for resettlement.