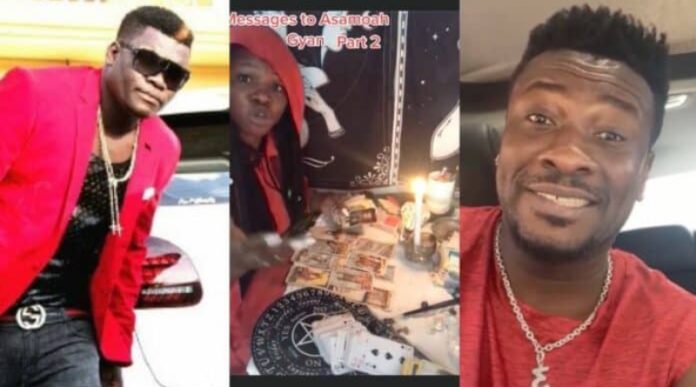 Asamoah Gyan has responded to claims by a self-proclaimed soothsayer that he was involved in the disappearance of music icon Theophilus Tagoe, also known as Castro.

Asamoah Gyan, Castro’s close friend who was with the musician when he disappeared, was accused by the soothsayer known as “Daughter of Maame Water” of being the one responsible for the musician’s disappearance.

“Daughter of Maame Water” claimed in a viral video that Asamoah Gyan knows about the sudden departure of Castro because he has benefited from his friend’s disappearance.

Reacting to these claims by the soothsayer, Asamoah Gyan in a reply on his Tiktok page warned the soothsayer to tread carefully because she might not like what will happen if he diced to take her on.

“I can see you want my attention but if I descend on you….. They’ve tried this since 2003 but it did not work,” he said in the video sighted by GhanaWeb.

He added that ‘Daughter of Maame Water’ might be making these allegations against him in the media space because he is frustrated in life.