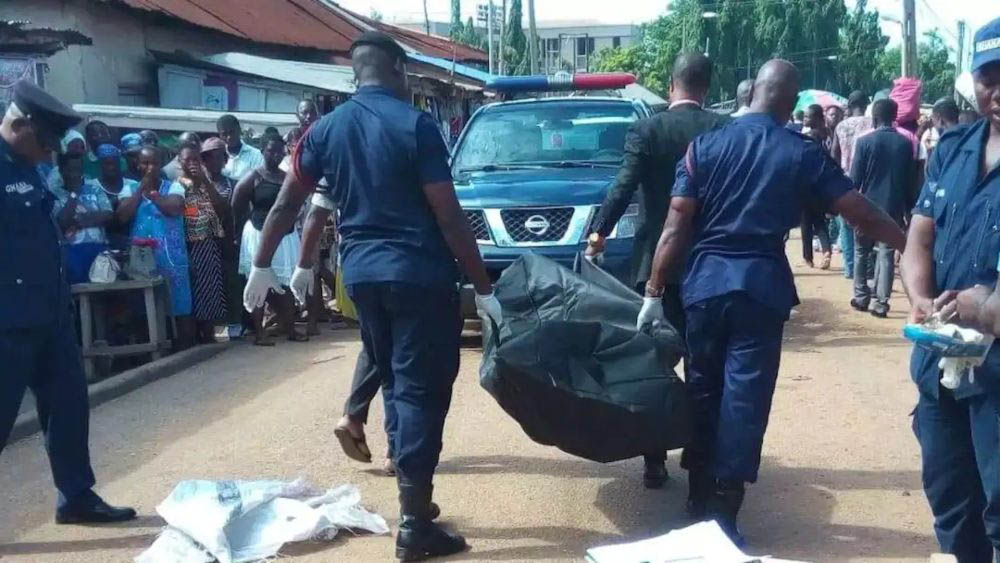 A Chelsea fan has met his untimely death at Teshie while he was celebrating the club’s victory over Manchester City in the just-ended UEFA Champions League season.

Dannis Amarh-Boye, according to reports, was pronounced dead after he was rushed to the 37 Military Hospital when his angry ex-lover stormed the pub where he was celebrating to stab him.

A family member of the deceased, Dennis Tetteh told the media that the incident stems from an old issue that has been resolved.

The suspect who is currently on the run is said to have filed a complaint at DOVVSU two weeks ago, alleging neglect of their children by the deceased. However, Dennis said the matter saw an amicable resolution as he personally intervened.

Police in Teshie is currently on the hunt for the suspect.