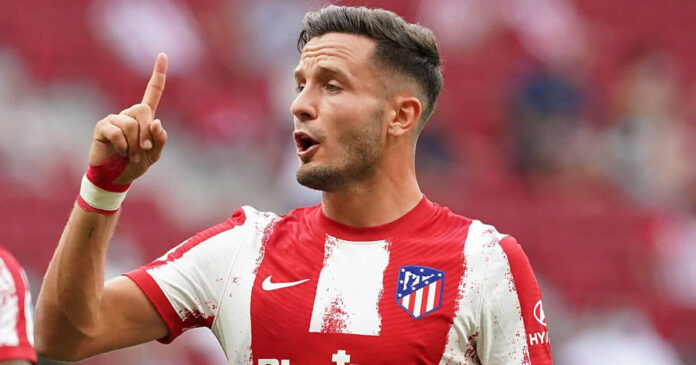 Chelsea have signed Atletico Madrid and Spain midfielder Saul Niguez on loan with an option to buy.

Chelsea doubted they could sign Saul, but managed to strike a deal, paying a loan fee with an option to make the move permanent.

“I am very excited to start this new challenge with Chelsea,” said Saul, who was previously linked to Manchester United.

“Blues fans, I am one of you now and I can’t wait to wear the shirt, start training and see all of you. See you soon!”

Saul has played 447 matches for Atletico and scored 53 goals.

Former Chelsea winger Pat Nevin added on BBC Radio 5 Live: “It’s one of those odd ones because Chelsea are loaded with players in every single position, yet Saul Niguez is a quality player – but you just think: ‘Where?’

“I don’t get it. I am quite surprised by that one.”

Sevilla stood firm over the fee required for Kounde, insisting he would not be allowed to join the Blues for less than his 80m euros release clause.

Sevilla sporting director Monchi said in a press conference a bid had been rejected for the 22-year-old.

The Blues have been heavily linked with Kounde this summer and were hopeful a deal could be reached following Kurt Zouma’s move to West Ham.

Meanwhile, Chelsea defender Ethan Ampadu, 20, has gone on a season-long loan to Serie A side Venezia.

The Wales international has also signed a new deal with the Blues, committing him to staying at Stamford Bridge until 2024.