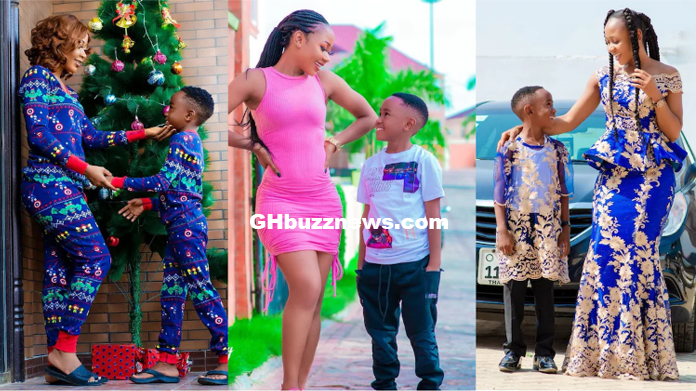 The conviction on Friday comes after she posted a naked picture with her son on Instagram celebrating his seventh birthday.

Bright Appiah in an interview with Kwame Nkrumh Tikese3 on Okay FM monitored by Ghbuzznews.com said they didn’t get social enquiry report on the state of the family initially though he spoke to Akuapem Poloo before she was sentenced

He says before Akuapem was sentenced to jail, the Child Rights told her that they have agreed to take up the child’s responsibility and she is aware of it.

“I spoke to her, even before the sentencing I told her that looking at how things are going; Child Rights wants to take up the responsibility of the child for now. We are discussing about it but we are hoping things go well and she said thank you Daddy so we’ve gone through all those processes”

He says when he sometimes hear such comments from people then he gets furious because they don’t know what the law says about Children.

“People shouldn’t think that we have committed offense against the child and so that is all because she is the one who takes care of the child. Sometimes when I listen to some of these arguments, I don’t want to use certain words but if people know what it is or what the law is in the protection of children I think they wouldn’t do certain things”