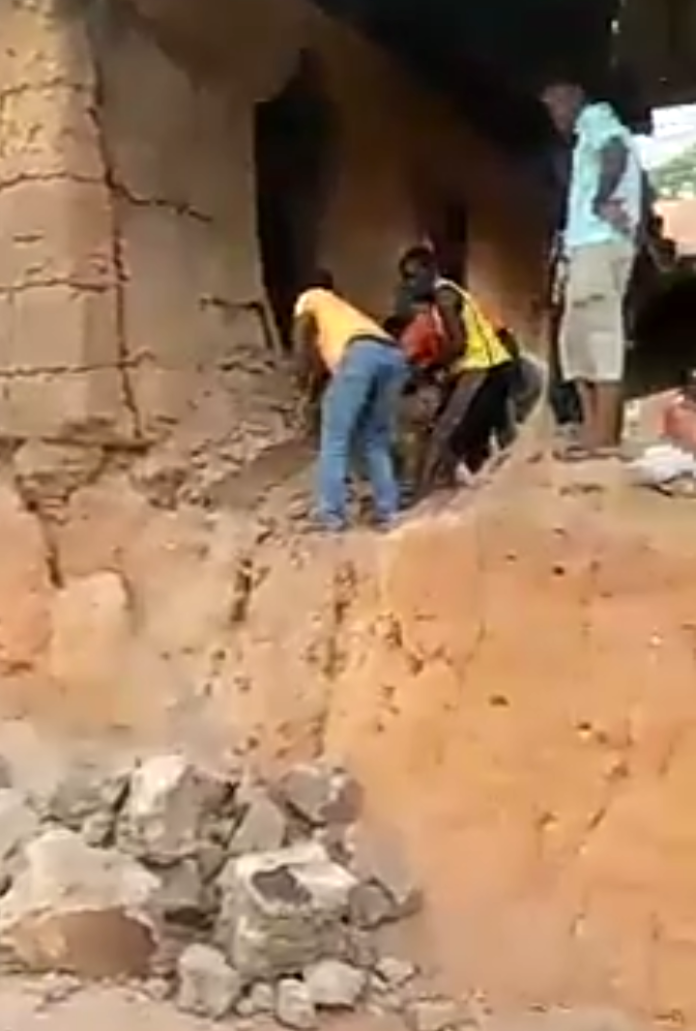 A mother and her baby have feared dead after a mud house collapsed on them.

The mother seemed to have walked into the structure with the baby strapped to her back when it collapsed on her.

Concerned individuals who witnessed the unfortunate scene raced to the aid of the mother and her child but it was too late. They managed to dig the bodies from underneath the rubbles with their bare hands.

The mother has been identified as Ama Mary, a 31-year-old farmer from Akrobi in the Wenchi Municipality of the Bono Region.

The bodies have since been deposited at the Wenchi Methodist Hospital Morgue awaiting autopsy.