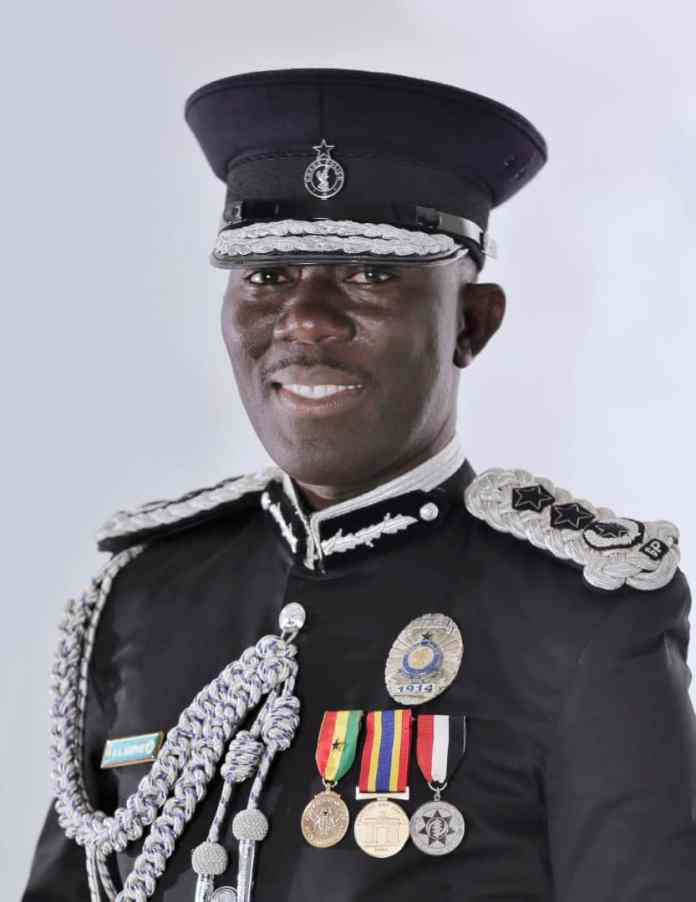 The Director General in charge of Administration of the Ghana Police Service, Commissioner of Police (COP) Dr George Akuffo Dampare, has been selected by President Nana Akufo- Addo as the new Inspector General of Police (IGP)

Dr George Akuffo Dampare succeeds Mr. James Oppong-Boanuh, who has come under fire following the alarming rate of armed robbery and other violent crimes in the country in recent times. The call for his removal and the shakeup of the police leadership has been triggered by the recent bullion van robbery at James Town in the Greater Accra which led to the gruesome murder of a police officer.

COP Dr George Akuffo Dampare has served in the police administration for 27 years. He started as a Constable and has risen to the highest rank of Commissioner of Police.

He became a chartered accountant at the age of 25 while serving as a Police Constable and holds a PhD in Finance. He has been an Adjunct Lecturer at the Ghana Institute of Management and Public Administration (GIMPA) and at the University Of Cape Coast in Ghana.

Amongst his credentials; George Akuffo Dampare (PhD) was a Special Assistant to the Regional Commander, United Nations Mission in Bosnia Herzegovina, Municipal Police Commander, Cape Coast, ADC to the Vice President of Ghana, Accountant/Finance Officer, Ghana Police Service and the Head of Police and Narcotics Desk at the Ministry of Interior.