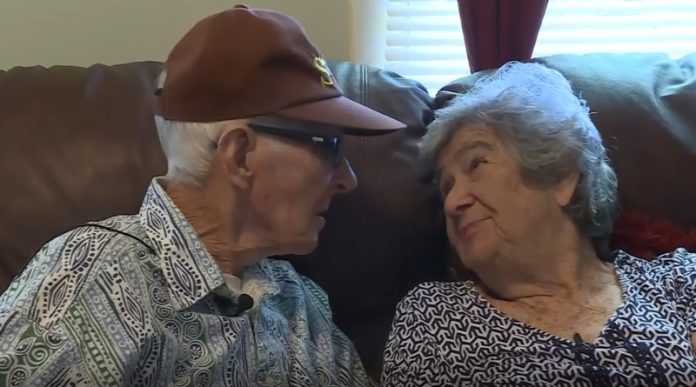 Sam Malicote, their 76-year-old son, informed The Dayton Daily News that Hubert and June Malicote, who were both 100, passed away last week.

Hubert passed away on November 30 just hours before his wife, capping off their 81-year love affair, according to his obituary.

On the afternoon of December 1, Sam reported that June passed away about 20 hours later.

“I feel sad, but I shouldn’t. Who can expect to live a life like that?” he told the newspaper.

“They went out together,” he added.

Sam revealed to the newspaper that his mother was ill and underwent hospice care following their family Thanksgiving.

Sam stated that Hubert “went apart” while visiting her on November 25 and was also hospitalised.

The 76-year-old said that his father passed away from a “broken heart” after lying comatose for days in the same room. In July 1922, Hubert and June were both born. June 8, 1943 was the date of their wedding.

The couple recently revealed that avoiding disagreements was one of the keys to their long-lasting love.

“If there’s controversy, you might have to walk away for a couple minutes,” he noted during a separate interview with Today. “Then you come back in and change the subject or you work it out.”

Their daughter Jo also told the outlet that the pair “hold hands and say goodnight to each other” every night.