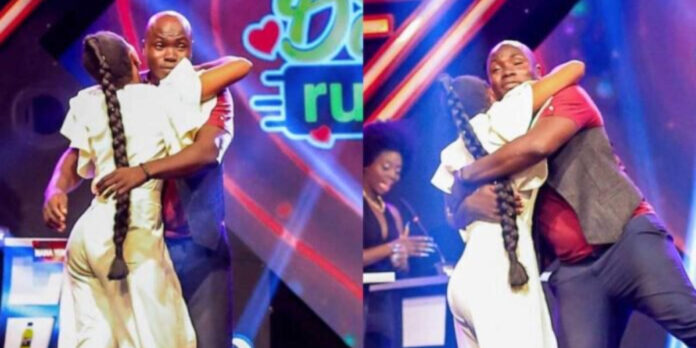 Claudio Wonder is one of the talked about Date Rush participants in the current season, he got a rush on the 7th episode of the sixth season is optimistic about tying the knot with Precious, the beautiful lady he chose last week. 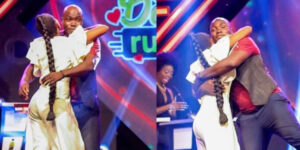 Tv3’s Date Rush is getting fun week by week, now on the February 20, 2022, Claudio, brother of top Ghanaian relationship advisor Abena Manokekame had his stars align as he stepped on stage.

Claudio who in his bio revealed that he is a divorcee recounted the struggles he went through at the hands of his ex-wife.

READ THIS>>> VIDEO: Bella of Date Rush fame narrates how she was stabbed by a Cameroonian man

According to Claudio, who works as an Uber driver as well as a beautician, he was a divorcee with one child but the woman who is now his ex-wife is married to another person.

Their follow-up video after the show revealed the two are confident of walking the aisle soon after hanging out with each other for the first time after the show.

Precious, on the other hand, pointed out that she was initially a bit skeptical about Claudio but after hanging out with him, she has realized that he is the best.