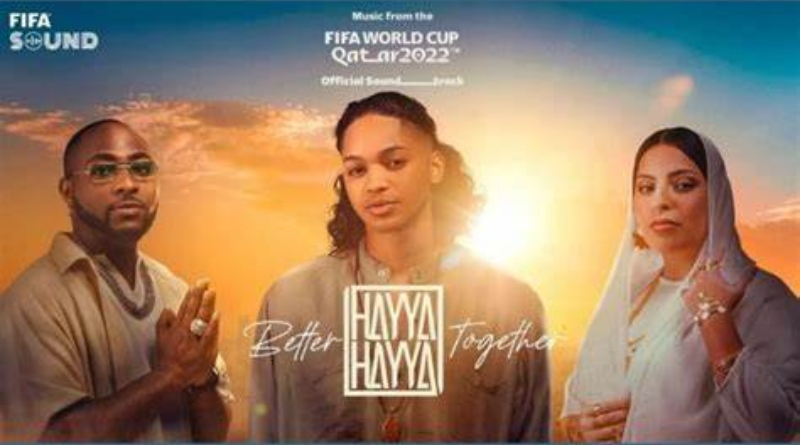 Davido Teams Up With Trinidad Cardona and Aisha To Deliver ” Hayya Hayya ” #BetterTogether. 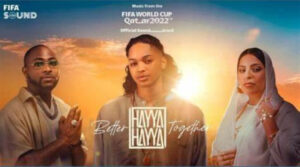 The Theme Soundtrack which feature vocal performances from Trinidad Cardona, Davido, and Aisha is produced by RedOne. The song is built on Arabic foundations with more poppy elements which is where our Davido comes in.

Hayya Hayya (Better Together) will be performed live for the first time today April 1st, 2022 at the draw ceremony which will be live-streamed globally. This is a major achievement for Davido as he becomes the first Afrobeat artist to achieve such a feat. Even though Nigeria failed to qualify for the FIFA 2020 World Cup scheduled to take place in Qatar, Davido Did!

Pleased to have featured and worked on the official @fifaworldcup Qatar 2022 song with @redone @trinidad @aishaofcl! Naija no make am but… NAIJA STILL MAKE AM!” – Says Davido on Twitter.

Listen and Watch Hayya Hayya (Better Together) visual below;