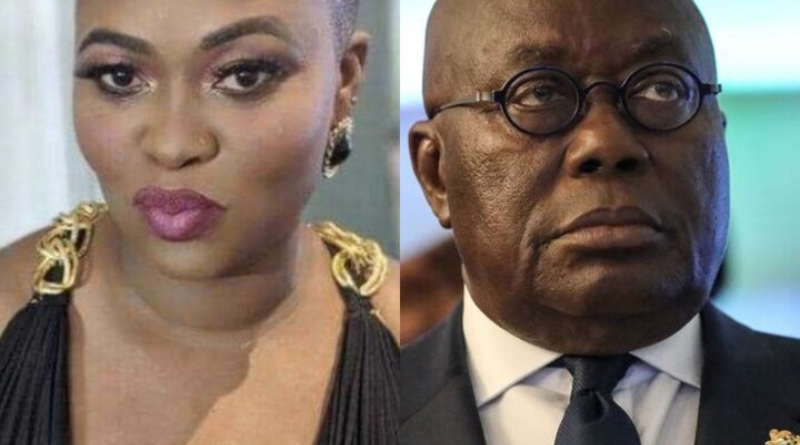 The evidence which is in the form of a text message from Mr. Akufo-Addo entails the President admitting that the robbery hit took place. In the text messages from two different telephone numbers of the president

Ms. Evelyn Adu, a.k.a, Serwaa Broni, has been substantiating her claims that President Akufo-Addo used personnel from the National Security to stage a robbery attack on her in an attempt to get rid of incriminating sex tapes of the President in possession of the Canada-based Serwaa Broni. 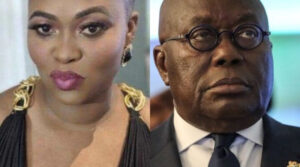 One of the messages reads: “Evelyn, yes my security team advised I distant myself from you they were also interested in your devices. However, I didn’t order the attack. Am calling you.”

In another text message, the President called Serwaa Broni, “Babe”.

“Hello Evelyn, you are still my babe. Please keep cool and you and your girlfriend will be fully sorted out after the elections. John [John Boadu] informed me you had agreed to wait so I didn’t understand the mails of requests….”

Phone records show the apologetic text message was sent from what was reported from Mr. Akufo-Addo’s personal handset on November 2, 2019.

Recently, Serwaa Broni granted an exclusive interview to US-based Ghanaian journalist, Kevin Taylor in which she confirmed the text message as one of the vital pieces of evidence that her lawyers are holding on the Casanova president.

“Later he called and I recorded him and he repeated the same that he did not order the robbery hit,” Serwaa Broni further told Kevin Taylor.

Readers would recall that per revelations from a traumatized Serwaa Broni, the President reportedly organized a robbery hit on her in September 2019 after he had lured her down from Canada to Ghana.

The robbery hit at the hands of National Security operatives had happened at Dawhenya and as has been confirmed now, was in the President’s quest to frisk his lover for sex videos and photographs that she had recorded from their sex bouts at trysts in hotel rooms.

In the dirty details of the issue, the President had apparently tasked failed NPP Parliamentary candidate, Hopeson Adorye, to break into Ms. Broni’s hotel room at Golden Tulip and try to access her computers and phones for the dirty videos.

But unbeknownst to the President, Ms. Broni had not carried any of the sex tapes on her and according to her, had had no intention whatsoever of leaking them.

But in the lead up to the 2020 elections, Akufo-Addo had feared that the Serwaa Broni sex videos would be a public relations nightmare that would sink his presidency.

According to Ms. Broni, what pains her the most is that because of the trauma she went through at the hands of the national security armed robbers, she has developed Post Traumatic Stress Disorder (PTSD).

The national security armed robbers, she said, stopped her car and started firing shots into the air indiscriminately giving her the psychological attacks that have now left scars.

Meanwhile, she confirms that Mr. Akufo-Addo later agreed to compensate her for the armed robbery hit on her.