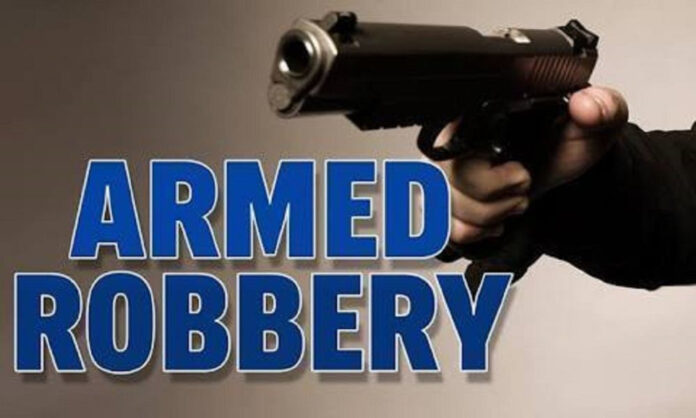 A 28 year old youthful exuberant man, who is energetic enough to try his hands on something meaningful to be admired by well-meaning people in a society refuses to so.

The 28 year old guy in contention now, has decided to be going on an armed robbery spree in his attempt to get rich quick and fast. Beleaguered Ernest Antwi, has found himself firmly in the grips of the police officers in the Eastern regional town of Lartey Junction, Akuapem, for attempting to rob a gas filling station in the area.

Ernest Antwi, the embattled armed robber; when he was caught up by the police officers, cried out for help; saying his life is precious therefore, they should save him from dying.

The police officers are currently investigating the incident to find out if indeed the alleged armed robber is having some other accomplices who may be connected with the gas filling station foiled attack.