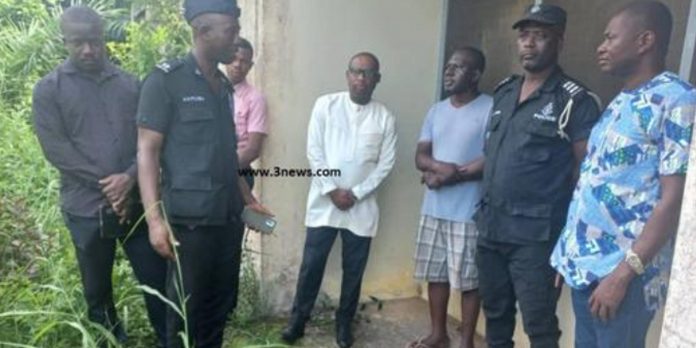 A medical doctor has been robbed of his belonging while undertaking operations to save the live of an ailing patient from dying.

A surgeon attached to one of the top hospitals in the Western Region of Ghana, was been robbed secretly by some unknown criminals whose aim was to enjoy life without sweating. Though they succeeded in looting from the booty of the doctor but they were eluded by luck as police officers pounced on them after bolting away in a halfway through some unfamiliar routes in the area.

Due to the swift manner in which some professional police officers responded to the call by onlookers about the crime been undertaken against the surgeon in the hospital, they arrested those involved in the theft case while others took to their heels.

The rate at which criminal activities are on the rise exponentially, calls for stringent measures to be put in place so that such illicit activities are contained before they escalates.

A grip of smiles was seen on the face of the doctor as he learnt of the arrest of the culprits even though others absconded, he believes wherever they are hiding, the police officers will smoke them out to face the full rigours of the laws of the land. Western region came into the news recently concerning the alarming nature of criminal activities spreading up in the region like a wild fire.

Many people are not willing to sacrifice nowadays but they are ready to enjoy life to the detriment of others who worked so hard to earn a living. The complete disregard for righteousness has become an enemy to some people as they do not believe that there is a judgement ahead of them. People must be educated that, what you sow, is what you will reap. Posterity shall judge every one according based on the doings of each and everyone either on the account of bad deeds or good deeds.

Let us all continue to sow a good seed so that at the right appropriate time, we enjoy the harvest bountifully even though it is difficult from the beginning but at the end, it is enjoyable.